A company which provided school improvement, governor support and other services to hundreds of schools in Buckinghamshire is to go into liquidation, citing changes to national education policy.

Trustees of Buckinghamshire Learning Trust have confirmed that the company, formed in 2013 to run certain services outsourced by Buckinghamshire County Council, has ceased trading.

Despite exploring a range of options with potential partners, the trustees were unable to secure the future of the trust

It follows a tumultuous few years for the organisation, which according to accounts underwent a “significant transformation” in 2018 involving the transfer of services contracted by the council back to County Hall.

It also follows years of pressure on local authority budgets caused by cuts to the education services grant and other funding streams, while many town halls have significantly scaled back their school support operations as more and more schools have become academies.

Jerry Baker, from EdisonLearning, a commercial school improvement company, warned of a wider issue around access to support services for local authority-maintained schools.

“Some of these services aren’t commercially viable,” he said. “If you think of the number of schools in the local authority that would be buying together, as those schools disappear into academy chains, those chains don’t buy the services back from the local authority.

“An LA can afford to run it at nil cost, but a commercial company can’t.”

“It is with much regret that the trustees of the Buckinghamshire Learning Trust have taken the very difficult decision to cease trading,” a spokesperson said.

“The predominant reason for this is the continuing change in national policy for school improvement responsibilities and the consequent reduction in the funding sources available to organisations such as the trust.”

Last July, the trust’s contract with the council ended and the firm moved to a “leaner operation that is funded entirely from traded activities”. The accounts predicted a “strong interest” in its products. The company had received £6.8 million from the council in 2017 and employed 277 staff including 139 teachers.

Accounts state that Buckinghamshire Learning Trust was due to focus on work “beyond Buckinghamshire” after its contract with the council came to an end in 2018. The company’s website, parts of which are now inactive, currently displays a logo for the “National Learning Trust” alongside its original branding. 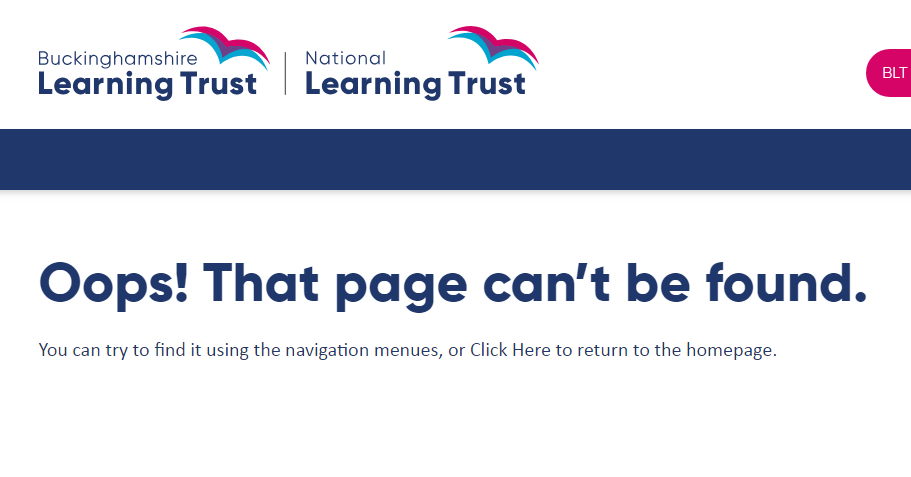 According to the accounts, the firm provided governor services to 97 per cent of schools in 2017. It is not clear exactly how many schools continued to buy its services following the end of the council contract, but Schools Week understand more than 200 schools had bought governor support services last year.

The trust spokesperson said it employed 15 staff and held contracts for services “with a number of schools” when it ceased trading.

“Despite exploring a range of options with potential partners, the trustees were unable to secure the future of the trust,” she said.

“There are on-going discussions with other providers to seek to minimise disruption to schools. Creditors will be advised of the impact on them by the liquidator when appointed.”

A spokesperson for the council said: “This is a great loss to those staff working for the trust and for the schools using its services.

“The council is working with the trust to ensure that its closure causes minimal impact and is looking to find solutions to support schools who have commissioned school improvement, data protection and governor services.”

Neil Collins, a director at GovernorHub, claims his small company is owed over £20,000 by the trust, which sold his products on to schools.

But he added: “We’re not about to turn our backs on those schools, however, and we’re committed to continuing to provide the service to them – at our cost if that’s what it takes.”

Schools Week understands headteachers in Buckinghamshire are scrambling to rearrange a talk by Dylan Wiliam, the educationist, which had been organised for June 7. Leaders had paid BLT £250-a-head for the event, which was due to take place at the company’s learning campus in Aylesbury.