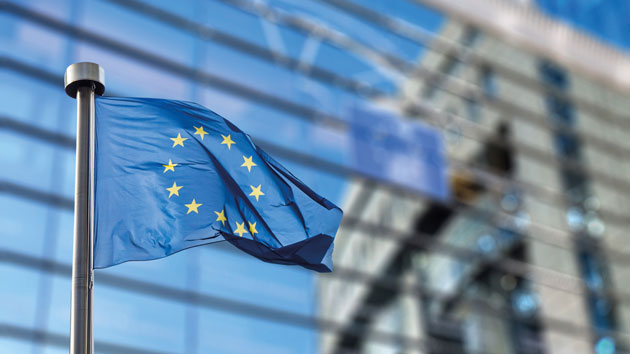 Loans totalling hundreds of millions of pounds to build new schools in the UK could dry up should the country leave the European Union (EU).

The European Investment Bank (EIB) has lent more than £350 million since the beginning of 2015 to build new schools under the government’s Priority Schools Building Programme (PSBP).

The bank is owned by EU members and provides long-term loans on favourable terms for social action projects.

A Brexit vote next month would trigger talks among the remaining EU members to decide whether the bank continued investing in the UK.

Tristram Hunt, the former shadow education secretary, described it as an “important investment in the future of our country, benefiting both our children and future generations.

“Schools . . . are better off in Europe. Leaving would be a leap in the dark and would put all this at risk.”

The EIB enables borrowers to access “triple A” loans – the highest rating – which means the bank is deemed as having an extremely strong capacity to meet financial commitments.

It says it offers loans at competitive rates and for longer terms than more commercial banks. Some councils claim that EIB loans
can save more than £2 million on a single project.

EIB was a big lender in the Building Schools for the Future programme, providing more than £450 million to finance new schools from 2005 until the project was scrapped in 2010.

Its interest in UK schools has been whetted again with PSBP. Since last year it has lent
£280 million, mostly to support private finance-funded building projects.

The cash is lent directly to private firms who then build new schools and recoup the money through lengthy contracts with local authorities and schools.

Schools Week has previously revealed some PFI schools struggling to meet repayments as budgets are squeezed. But the government favours this type of funding for new infrastructure as it means new schools can be built off balance sheets.

Council leader Tony Newman said: “It is as difficult as it has ever been to get extra government funding.

“So this is money we had to borrow – and we’re getting a better deal through EIB.”

The council had previously borrowed £30 million from the government-operated Public Works Loan Board for new homes, but said using the EIB instead this time would save £2 million a year.

A spokesperson for the EIB said the decision about whether to remain in the EU was for the people of the UK.

“However, it must be noted that future support for long-term investment in the UK by the EIB could be at risk if the UK were to leave.”

The spokesperson told Schools Week the situation would be “unprecedented”, but a Brexit vote would likely spark withdrawal negotiations between the remaining EU member shareholders.

Vote Leave, the official referendum campaign group wanting Britain to leave the EU, did not respond to Schools Week’s request for a comment.