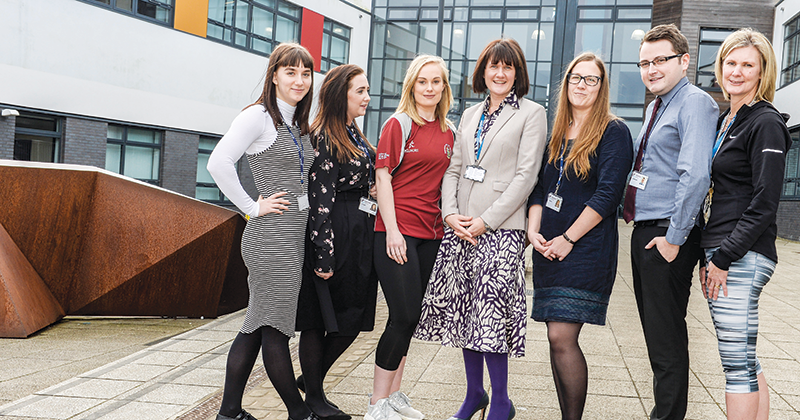 The country’s first “super” school-led scheme to train language teachers has been given the go-ahead by the government to recruit its first cohort this September – though numbers will initially be lower than anticipated due to the fallout from Brexit.

Sheffield Teaching School Alliance, based at Silverdale School, will be the first so-called “super SCITT” – school-centred initial teacher training – after getting the nod from the National College for Teaching and Leadership.

Officially named the National Modern Languages SCITT, it is backed by Sheffield Hallam University and a network of independent schools.

This super-SCITT will exclusively train modern foreign language teachers as more are desperately needed ahead of the planned introduction of the compulsory EBacc performance measure – for which 75 per cent of pupils are expected to study a language GCSE by 2022. Last year, just 40 per cent of 16-year-olds did.

Research released by Education Datalab last month claimed that an extra 3,700 language teachers are needed to make the policy work.

The government has failed to meet its recruitment target for language teachers four the past four years, with a total shortfall of 659 teachers.

Gaynor Jones, director of the National Modern Languages SCITT, told Schools Week that getting the word out about the new centre had been “slow” due to a lack of funding which has restricted marketing.

It is one of the subjects where recruitment is most difficult

She said the centre initially wanted to target language teachers from abroad, but this has “proved difficult” following Brexit, with people outside of the UK now worried they will not be given permission to stay and work in the UK.

Jones said her original aspiration had been to recruit 25 trainees for starts in September, but given the difficulty in recruitment, she would now be “very happy” with 10.

In future years she will aim to have cohorts of 25, and is hoping to launch six other MFL-only teacher training hubs in other parts of the country.

Hubs are already planned for London and Bolton, with independent schools Dulwich College and Bolton School (Girls’ Division) signed up.

Trainees at the centre will have the chance to receive one of the government’s tax-free bursaries, where MFL teachers can receive £25,000 to train if they graduate with a first, a 2:1, a 2:2, a master’s or a PhD.

Geoff Barton, the general secretary of the Association of School and College Leaders, welcomed the new centre but said the government “needs to do much more” to improve the supply of language teachers.

“It is one of the subjects where recruitment is most difficult, along with maths and science. And that is without the government’s plans to increase EBacc uptake, which would require many more language teachers.”

Barton said one of the “biggest problems” in recruiting MFL trainees is “the fact that A-level language entries fell last year because of severe funding pressures which are forcing schools to cut courses”.

England is therefore facing a “reduction in the pool of future language graduates at a time when we need to see it increasing”, he said.

The Department for Education previously told Schools Week that the government was “looking at the possibility of new subject-specific ITT hubs”.

The National Modern Languages SCITT is the first of its kind, with more for other EBacc subjects expected to follow.

Jones said she thinks other subjects experiencing a shortage in teachers, such as physics and maths, will soon have their own “super-SCITT” created.