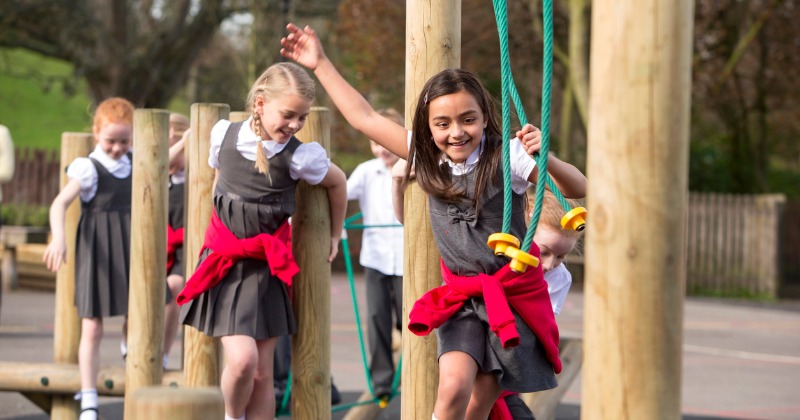 A landmark study on school breaktimes show they are getting shorter, taking up more staff and are more likely to be withheld.

Ed Baines and Peter Blatchford from the Department of Psychology and Human Development at the UCL Institute of Education surveyed schools across England and compared their responses with previous studies in the mid-1990s and mid-2000s.

1. Breaktimes are getting shorter

The report found a reduction in the length of breaktimes since 2006 and a “really marked decline” since 1995.

These reductions are caused by “the cutting out of afternoon breaks and, increasingly, the shortening of the lunch break”, researchers found.

Schools blame the cuts on the need to create more time for teaching and learning, specifically the cover the curriculum and to “manage or limit” perceived poor behaviour of pupils that occurs during lunchtimes.

Researchers described a “marked increase” in the average numbers of adult supervisors presiding over breaks on primary and secondary playgrounds.

“This seeming increase may be affected by a possible increase in the staggering of breaks in schools, however, which would require more supervision, and the exact figures may therefore be lower,” the report found.

Sixty per cent of primary and secondary schools told the study their pupils may miss a full break or lunchtime, citing management of misbehaviour or helping pupils catch up with schoolwork.

“Many schools indicated that this was part of a school policy,” the report said.

This was described by the report’s authors as a “major finding”, but as this was the first time this particular question was asked, it is not possible to examine whether the use of this policy has increased or decreased.

4. Primary breakfast clubs are on the rise

Almost three quarters of secondary schools also offered breakfast clubs in 2017, but data for 2006 is not available.

The study found the view of schools about the suitability of their grounds for breaktime activities, supervision and learning outdoors were more positive than in previous studies.

The proportion of schools offering pupils access to “specific” indoor areas during breaktimes has increased since 2006 and 1995.

But earlier surveys found pupils “were more likely to be allowed access to most areas of the school during breaks”.

During poor weather, most primary schools had a policy of children staying in their classrooms with “very few schools allowing children outside”.

In secondary schools, during wet weather pupils were allowed access to most areas of the school and a “large minority of schools still allowed children out, though not onto grassy areas”.

7. What schools can do

The report makes six recommendations, calling for schools to “carefully consider the time available for breaks” to ensure they are adequate and aim to develop a policy on how breaks should work.

Schools should also consult and work with pupils to give them a say on breaktimes, and “reconsider the practice of withholding break time”, given evidence that the approach is “likely to be counterproductive”.

Researchers also recommended that schools review their approach to the training of supervisors so they are better equipped to “support, manage and to strategically facilitate positive and constructive breaktime experiences that contribute to children’s wellbeing and their social and psychological development”.

Finally, policymakers have been urged to consider legislating for time for pupils to have breaks.

“Working adults, including teachers have a right to breaks but there is no equivalent policy for pupils,” the report states.

“Legislation should convey an average expectation that ensures all pupils have regular and sustained periods of break time every day to undertake activities of their own choosing, with peers and in an outdoor space for the purpose of play, recreation and social development.”