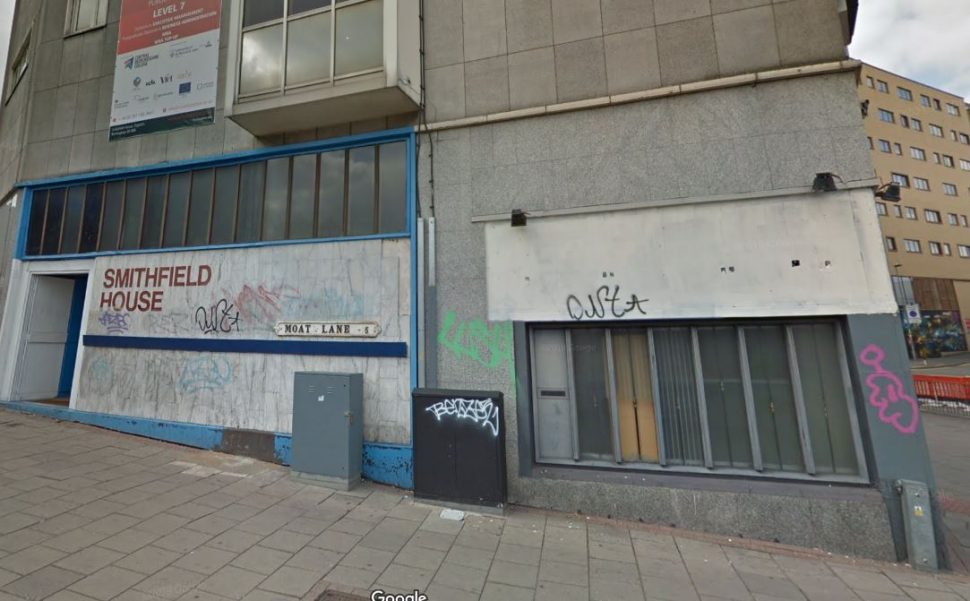 An Ofsted inspector discovered fire escapes at a proposed private school were boarded up and didn’t work while trying to escape when a kitchen fire set the alarm off.

Empire Coaching Academy’s proposed site at Smithfield House in Digbeth, Birmingham, was deemed “not likely to meet” all independent schools standards and failed a pre-registration inspection.

Pre-registrations are conducted by Ofsted, who report the findings to the Department for Education, and determine if the school is likely to meet independent school standards if the DfE decides to open it.

Ofsted said the school is still proposed to open but it is understood the ultimate decision will be made by the DfE in due course.

The report, published on Friday, revealed the fire alarm sounded during the December inspection due to smoke coming from the kitchen on the ground floor of the office block.

Lead inspector Dan Owen said it wasn’t possible to “easily leave the building by the stairs because many adults were coming up the stairs to other floors as opposed to evacuating the building”.

One school leader suggested it was a test alarm and the inspector should continue his inspection.

However, he couldn’t escape on the ground floor because a “magnetic door exit would not operate properly”. A second fire exit was “tied shut on the inside with a power cable and was firmly covered with wooden boards from the outside”.

The report added: “In the event of an evacuation, there is no clear route out of this building.”

The proposed school would employ eight full-time staff and teach a total of 70 pupils aged 12 to 16 – 10 of which would be part-time pupils.

Elsewhere Owen found the school to be similarly unprepared.

Upper floors of the building, which were not proposed for school use, were fully accessible. They contained piles of office furniture – some on fire escape routes.

The two upper floors were also found in “a state of dereliction and pose serious hazards to pupils”.

Low-dangling light fittings and sharp steel ceiling retainers were found to be dangling at head height – as was a shopping trolley in a staircase – and mouldy food was seen left around and signs of “rodent activity”.

While these areas are not part of the proposed school they are “readily accessible” and “could have an impact on the safety and welfare of any pupils”.

The report added: “Leaders’ risk assessments have failed to evaluate the risks associated with the building”.

When assessing the accommodation at the school the report found “serious hazards to pupils” which present even higher risks as “the pupils the proprietor proposes to educate are highly vulnerable”.

There were exposed wires and some sockets were found to not be properly fixed to the wall.

Some windows could not be opened at all while others opened without restriction – meaning pupils “could easily fall out” – with one large window coming off its hinges when opened by the inspector.

A further 48 per cent remained open despite falling short twice or more.