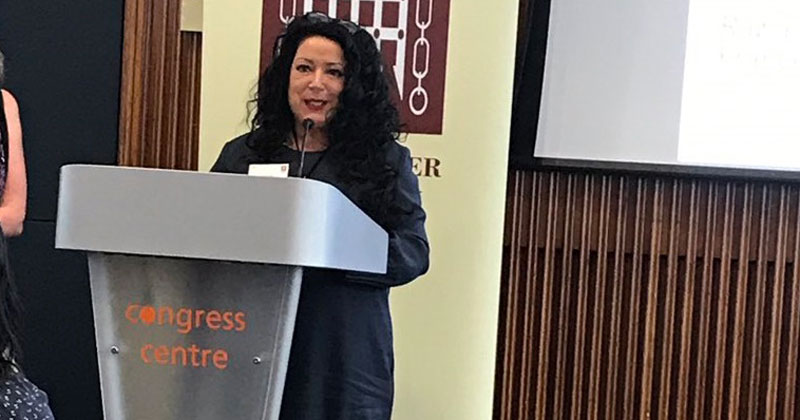 Birmingham City Council has published a curriculum statement pledging that its schools will focus on encouraging the human rights of all cultures.

The statement promises that children in Birmingham will learn in an environment without prejudice or inequality, and promises to not allow “any attempts to narrow the curriculum”.

Razia Butt (pictured), a schools resilience adviser for Birmingham City Council, this week told delegates at a Westminster Education Forum event on Prevent that the move was to support heads in the “very challenging” circumstances that followed the Trojan Horse affair.

The city has been subject to intense scrutiny since 2014 after allegations of a plot by hard-line Islamists to introduce their ideology into several Birmingham schools.

A government investigation later found changes to the curriculum in some schools, including teachers told not to use images in any subject that showed even slight intimacy between sexes.

Butt also highlighted incidents from 2013 where schools were sent letters from parents supporting the far-right group, the English Defence League (EDL), demanding that their children were not taught “anything about Islam”.

Education must encourage the child’s respect for human rights

The curriculum statement, which was published in March and applies to Birmingham’s 500 local authority-maintained schools, says education must “encourage the child’s respect for human rights, as well as respect for their parents, their own and other cultures and the environment”.

Colin Diamond, Birmingham’s executive director of education, later told Schools Week the statement “tends to talk about fundamental Birmingham values, which are very inclusive” rather than the “British” values used by the government.

The council also has trained more than 600 safeguarding leads in schools to deliver Prevent training, which became a legal duty for schools in July 2015.

It requires staff to identify and monitor pupils at risk of radicalisation and to report incidents they believe are linked to extremism or terrorism.

And 170 schools have also signed up to the Unicef Rights Respecting Schools Award, which encouraged schools to place the UN Convention on the Rights of the Child at “the heart of its ethos”.

The award ties in with the curriculum statement, which is based on article 29 of the convention – that a child has a right to education that develops respect for others.

Diamond added: “Birmingham has very diverse communities and sometimes we will get things that are maybe EDL-flavoured, or maybe fundamentalist-Muslim flavoured.

“We need to create a safe space for children and young people to be able to debate these issues and hopefully come to a really strong form of social synthesis.

“We’re interested in the long haul within our community and that is why we push so hard the Unicef retrospective agenda.”