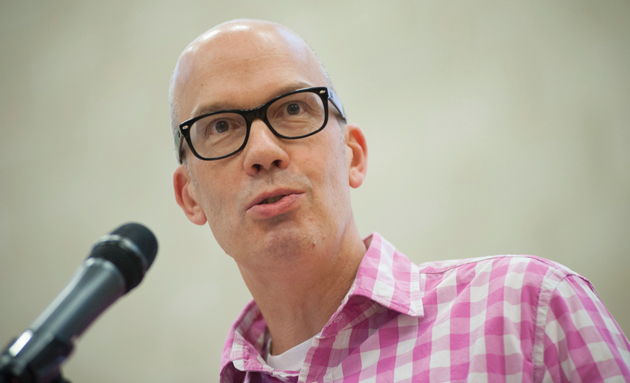 The three providers of the baseline reception tests have hit back at claims that their assessments are not credible and do not accurately reflect child attainment.

But Liz Marsden, director of Early Excellence, the provider chosen by more than half of England’s primary schools, said she did not recognise the key findings of the “limited” survey.

The baseline assessments were introduced in September by the government as a way of establishing the ability levels of pupils as they begin school but critics have argued, as the report does today, that the assessments are an unnecessary burden.

“As a practitioner-led process [our assessment] does not involve pre-set tasks nor tests, nor does it require children to be removed from the classroom,” she added.

The approach used by Early Excellence, and selected by the majority of primary schools, involves teacher observations of pupils over time. Ms Marsden said the provider had not received any feedback that suggests the Early Excellence assessment disrupted a child’s start at school.

“We do not believe that the observation and interaction of children in normal, everyday practice can be described as disruptive or can ‘damage the relationship between teachers and children’,” she added.

Rob Coe (pictured), director of Durham University’s Centre for Evaluation and Monitoring, which is also a provider of the assessments, said his main concern with the findings was that teachers’ opinions were taken in higher regard than the test scores.

“Where teachers and test scores don’t agree perfectly it doesn’t follow that the tests will always be wrong and the teachers’ opinion will always be right. In fact it is more likely to be the other way round if you follow the evidence,” he said.

“There are all sorts of issues with teacher judgment and assessment in terms of biases of different levels of accuracy generally speaking not being as good as what you get from quite short tests.”

Commenting on the claim that the tests disadvantage the most vulnerable pupils, Mr Coe said: “A child who scores a lower score on a test isn’t disadvantaged, because the teacher then knows what their learning needs are and is able to tailor a programme to meet those needs.

“The idea that baseline is some kind of rationing or competition or status thing that if you get a low score that makes you a failure is wrong. I’m not sure where that has come from.”

He also questioned what other means of assessment should be used if such a large proportion of people thought baseline was not working.

Diana Watson, director of sales, marketing and impact at a third provider, National Foundation for Educational Research (NFER), said it was not possible to draw any “meaningful” conclusions from the survey that would be applicable to all three providers.

She said: “We have carried out our own customer research with more than 300 respondents and have seen quite different results to the ones mentioned.

“We take considerable pride in the fact that 98 per cent of respondents to our own survey of NFER users thought that our task-based approach was satisfactory or better, with 84 per cent saying it was good or very good.”