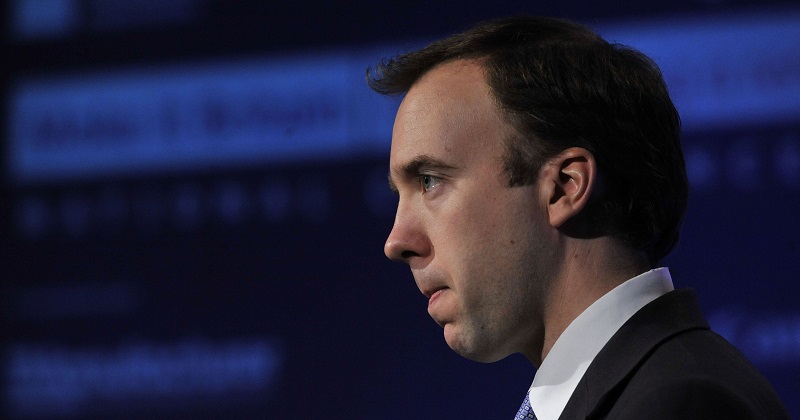 Writing in the Telegraph, the senior cabinet minister said he admires headteachers who “take a firm approach” in refusing to allow pupils to use mobile phones during the school day.

Schools already have the freedom to ban or curb the use of phones while pupils are on their premises, and the Department for Education claims that 95 per cent of schools in England already exercise that right.

Why do young children need phones in schools?

But Hancock, a former education minister, said he wanted more schools to “look at the evidence and follow their lead”.

“I enthusiastically support using technology for teaching,” he said. “But we also need to teach children how to stay safe with technology.

“Why do young children need phones in schools? There are a number of schools across the country that simply don’t allow them. I believe that very young children don’t need to have access to social media. They are children after all. They need to be able to develop their social skills in the real world first.

“Whilst it is up to individual schools to decide rather than government, I admire headteachers who take a firm approach and do not allow mobiles to be used during the school day. I encourage more schools to look at the evidence and follow their lead.”

His comments follow calls from the children’s commissioner Anne Longfield for pupils to be taught digital citizenship at school.

In January, Longfield said schools had a “bigger role” to play in preparing younger pupils for the “emotional demands” of social media, and said pupils should be taught about the algorithms used by social media platforms, so they do not become “addicted” to online social interaction.

Under current DfE guidance, schools can ban or limit the use of mobile phones on school premises during the school day, but must make their policies, especially those around sanctions for phone use, clear to pupils, parents and staff.

“Headteachers already, of course, have the power to ban mobile phones in schools and we support their right to do so,” said a department spokesperson.

“We know that 95 per cent of schools already impose some kind of restriction on mobile phones use during the school day, with a substantial number banning them from the school premises altogether.”