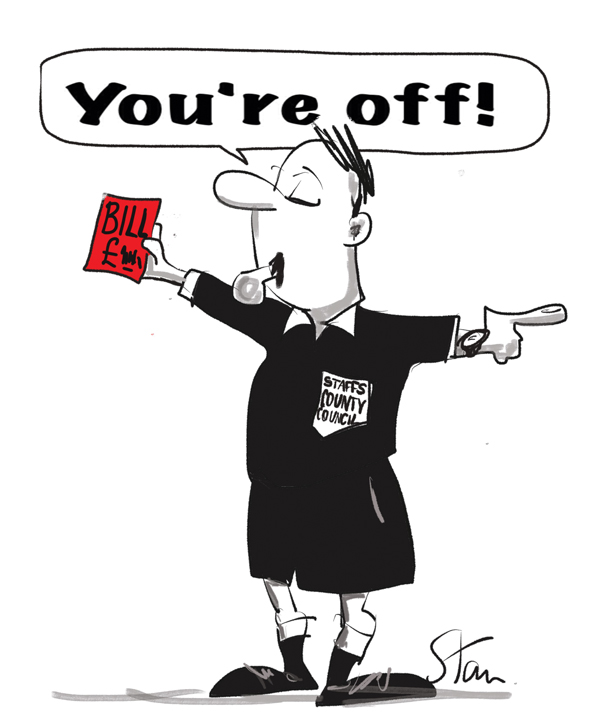 Hundreds of schools across the country are facing a penalty, payable to their local council, if they choose to become an academy – with more local authorities set to follow.

Staffordshire County Council plans to introduce a levy of £6,000 on schools that convert.

While most local authorities pick up the conversion costs – including legal fees – Staffordshire says it cannot afford to shell out a potential £3.8 million should its remaining 300-plus schools convert.

Ben Adams, cabinet member for learning and skills at Staffordshire, said: “We feel that this is reasonable, given schools receive a £25,000 government grant to convert to an academy.”

He added the council was asking for less than half of the £12,300 average cost of conversion. The fee includes implementing legal and structural changes, such as transferring lands, IT systems and records.

It would come in from April 1.

In Staffordshire, schools already going through conversions will not be asked to contribute. If a conversion is delayed or deferred, however, they will be charged.

Malcolm Trobe, deputy general secretary of the Association of School and College Leaders, said: “Schools get a limited grant to meet the additional costs that they occur on transfer and can ill afford any additional costs.”

But Roy Perry, chairman of the Local Government Association’s children and young people board, said councils already subsidised the cost of school places and free meals.

“With their role placed at the heart of their community, councils want to be able to hold all schools in their areas to account for the quality of the education they provide.

“It is not right that they are having to pay this money for legal and structural changes to schools, rather than it being spent in ways which directly benefit the achievements of pupils.”

Antony Power, a partner and head of education at law firm Michelmores, said he was surprised more councils had not introduced their own levies.

“They get no financial support to undertake the conversion work which can often be very intensive.

“At a time when council budgets are being cut and the academies programme brings no direct benefit to councils, and indeed requires them to give away an interest in assets, I have to say I have some sympathy with the decision to charge.”

Mr Power said conversion costs could be as little as £5,000, with schools joining an existing trust normally paying between £6,000 and £10,000 – “although it can be a lot more if there are significant issues.”

Some councils charge schools based on the actual costs of each conversion, or have different scales for fees.

Portsmouth City Council introduced a levy in 2013. It is capped at £5,000, but the council can seek more cash if costs exceed that figure.

A Department for Education spokesperson said: “We expect councils to support schools converting to academies and do not expect to see them charging for this. Where councils do impose charges, these must be reasonable and should not be for services they must provide.”

The department would support schools to challenge unreasonable requests.