The proportion of schools that have reopened more widely has flatlined, but pupil attendance has continued to rise, new figures show.

The Department for Education estimates that 88 per cent of primary schools and 75 per cent of secondary schools were open to at least one of the returning year groups as of last Thursday, a change from 89 per cent and 74 per cent respectively the previous week.

Although the proportion of settings reopening to these year groups had been rising steadily, figures for both stages have now been roughly the same since June 22, with some variations on certain days of the week. 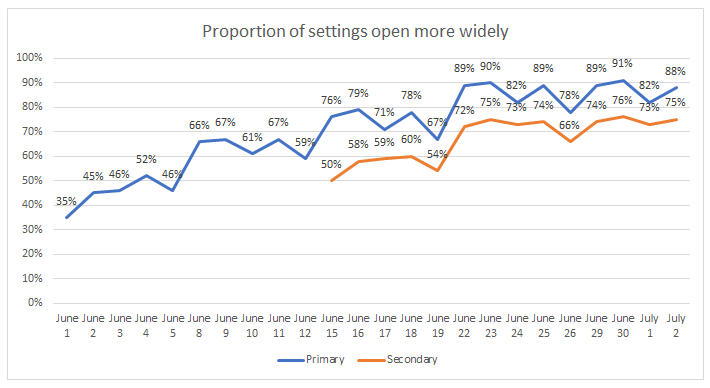 However, pupil attendance in open settings has continued to rise in most year groups.

In open secondary schools, 16.3 per cent of year 10 pupils were in attendance last Thursday, up from 15.7 per cent the week before. However, the proportion of year 12 pupils attending open settings actually fell from 15.2 per cent on June 25 to 14.7 per cent on July 2.

However, these figures represent open schools only. 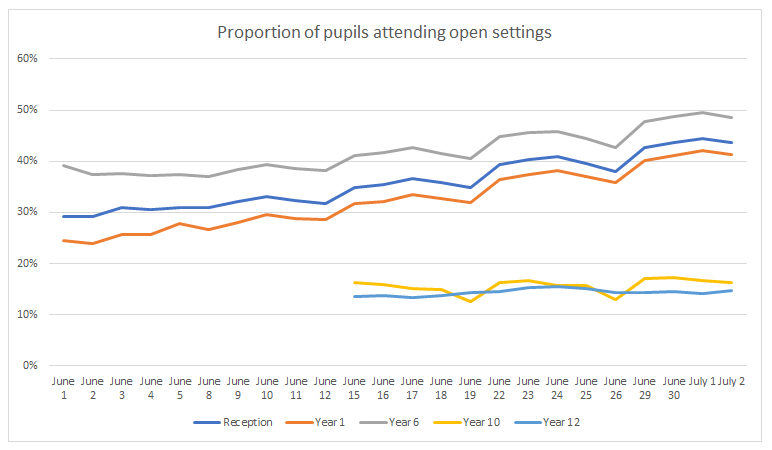