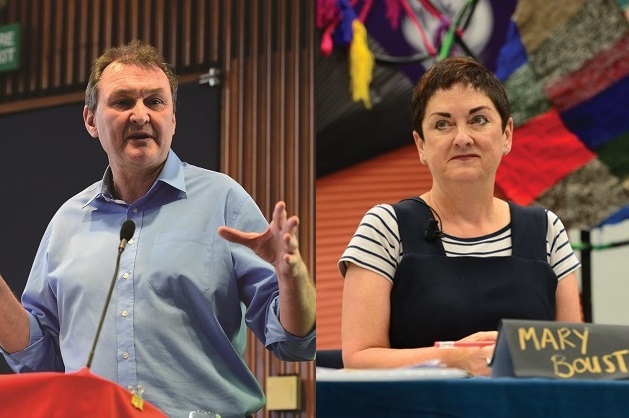 A motion calling for discussions about a potential new union passed at the NUT’s conference in Brighton last weekend.

ATL’s support for moving forward with the plan – ratified this evening in a private session at its conference in Liverpool – was the last hurdle.

Discussions were already underway between the two organisations, which have around 500,000 members between them, but continued negotiations needed approval by members of both groups.

The unions have been clear the discussions are about the creation of a new organisation, rather than a merger of the two existing ones, with details such as a name, headquarters location and leadership structure still very much up in the air.

Speaking to journalists following the vote, ATL general secretary Mary Bousted said conference had voted “overwhelmingly” to continue discussions, especially in the context of the government’s white paper and the impact on pay and conditions if all schools are turned into academies.

Dr Bousted said there was a sense that “one strong union for all educational professionals across the school and college sector” would provide a voice able to fight “more effectively for a better education for our children and young people”.

She said that although some of the discussions during the debate had focused on concerns about the ideological differences between the left-leaning NUT and the more moderate ATL, members had recogniseda new union would “not be the NUT and would not be the ATL”.

“[It’s not] the case that there isn’t a spread of political opinion in ATL, and the same is true of the NUT. It’s about understanding there will be a broader range of voices.”
Dr Bousted said a ballot of members of both unions over the plans could take place as early as next year.

Mr Courtney is currently in the running to be the next general secretary of the NUT, following the retirement of Christine Blower.

In her speech earlier today, Dr Bousted called for joint action from all education unions in response to the government’s reforms announced in the white paper.

She said: “Never has the time been more right for a coordinated response from all education unions to the attack we are facing. Alone we can do something. Together, we can do great things.”

The National Association of Schoolmasters and Union of Women Teachers (NASUWT) is not expected to join talks at this stage, with current general secretary Chris Keates having spoken out against the plan last month.