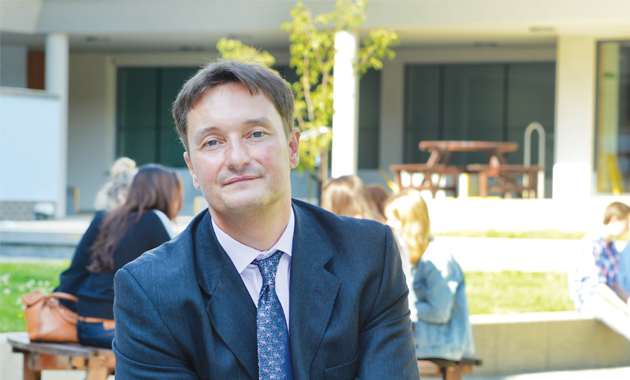 French research claims that boarding schools are disruptive and do not guarantee better results for disadvantaged children have been called “narrow” and “potentially misleading” by the Boarding Schools Association (BSA).

A research survey conducted by Dr Clément de Chaisemartin and a team from the Paris School of Economics concluded that sending disadvantaged children to an elite French state boarding school only boosted the academic performance of stronger students. Weaker students did not experience any strong increase in their test scores, even after two years.

But BSA national director Robin Fletcher said the survey “failed to consider the wider benefits of boarding”. Mr Fletcher, whose association represents 38 state and 460 independent boarding schools in the UK, said many of the children who benefit from boarding “come from care or the edge of care, often from very difficult and even harrowing family backgrounds”.

For this group, boarding was “transformative”, he said. “Not only do they get the opportunity to perform better academically, but they also have the chance to forge deep lasting friendships, improve their social skills, increase their confidence, and try a vast range of co-curricular activities.

“To track, therefore, the success of boarding for children from poorer backgrounds purely on the measure of academic success is narrow and potentially misleading.”

But Dr de Chaisemartin of the University of Warwick’s economic department, told Schools Week his research had also looked at boarders’ wellbeing and self-esteem. He said it found measures of wellbeing among the boarders after one year were “reduced in comparison to the control group” and that no differences in levels of self-esteem were found between the control group and the boarders across either one year or two years.

Jonathan Taylor, principal of non-selective Wymondham College, the largest state boarding school in England, said that vulnerable students “gain enormously from the experience of boarding here. “Unlike the overwhelming majority of state schools we have no achievement gaps at GCSE for our disadvantaged students. This is in both attainment and value added terms.”

The school provides free state education with parents paying only for the boarding element of its provision.

Mr Taylor added that qualitative surveys — one by external company Kirkland Rowell and one by the BSA — indicated raised self-esteem, self-worth, motivation and greatly increased participation in extra-curricular activities, while a survey of parents by Kirkland Rowell was “extremely positive with over 95 per cent of parents saying they would recommend the college to other parents”.

Ros McMullen, chief executive of the Leaf Academy Trust and executive principal of the David Young Community Academy in Leeds, is calling for new free state education and boarding provision for vulnerable students.

Responding to the paper, she said: “The French research said the benefits did not really come until the second year and there were more benefits for the more able. This points to the need of children for stability. The less stability children have in their normal environment, the quicker they will respond to being in a more stable environment.

“The most vulnerable kids who don’t hit the thresholds for care should be in state boarding provision. The answer is to invest hugely in really high quality security and stability. The state should pay for it because it will be saving literally millions.”