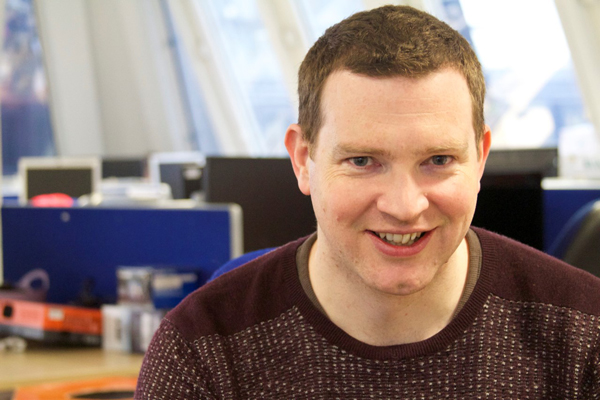 The Assembly service will store data from school management information systems (MIS), which companies can then apply to use for the creation of apps with “school improvement at their heart”.

Joshua Perry (pictured), the director of Assembly, said he wanted to address a “problem with the quality of analytics across the education sector”.

He added that potential developers have been put off from creating applications that can be used in schools because of the large costs associated with making them work on different systems.

“We’ve seen impressive online curriculum providers, quiz tools, gradebooks, learning platforms and behaviour management systems, but one of the common threads that unites start-ups in ed tech is that they usually launch without a link to the MIS.

“That limits uptake – and good companies have folded because of this.”

Without an MIS link teachers must input data manually, and it isn’t updated in real-time along with other valuable information, such as registers or grades. But with Assembly gathering all the data, it means developers can build apps through the platform – making it much easier to link to the MIS.

Assembly will also launch its first public product today: a free online tool for schools to compare their performance against national benchmarks, including Progress and Attainment 8.

John Roberts, chief executive of the teachers’ union alternative Edapt and a consultant for education companies, told Schools Week the new products represent a change in the education technology market.

“It is generally moving away from the model of the one size fits all software solution for schools. More specialist products are now going to appear.”

Mr Roberts highlighted the success of products, such as ClassDojo, which capture and allow teachers to share data on pupil behaviour, adding: “Anything we can do to get innovation going and driving forward in the ed tech market is really good.”

Last year, the country’s largest academy chain, AET, moved all its information communication technology (ICT) services to Google’s cloud service, saying it would allow it to save £900,000.

A total of 3,000 schools are now believed to be using cloud-based services.

However Mr Roberts said many schools were still wary of using new services – specifically those that involve the cloud – because of privacy and security concerns. Although the data is given to another provider, schools remain the legal “data controller” and are legally culpable for any breaches by the provider.

Jon Richards, Unison’s national secretary for education and children’s services, has said schools must be able to guarantee sensitive data will be secure and confidential.

But Mr Perry said the platform has built-in security measures, such as secure sockets layer (SSL) which ensure data passed from the school remain private. He added that the platform’s terms and conditions are “clear and accessible”.

Schools can sign up to the platform, developed in partnership with the NEON Foundation, for free.

Some apps will also be free, but others may charge for their use, as with mobile phone app stores. Assembly says the apps will help schools visualise, expand and aggregate their data.

A total of 70 schools in the Mathematics Mastery programme have been trialling the service since last year with a gradebook app to input and analyse test data.