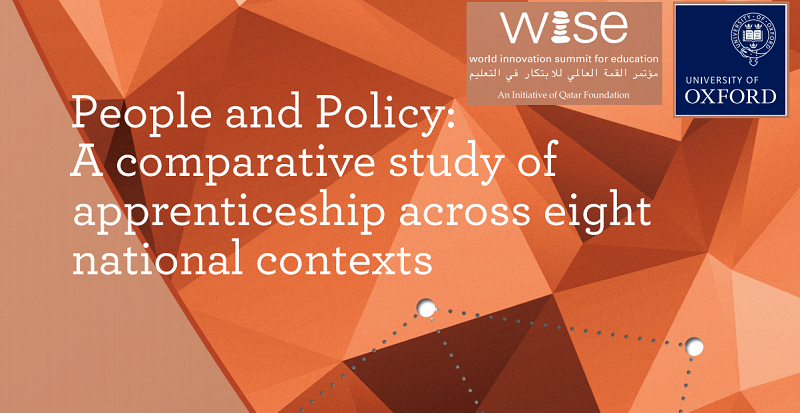 Apprenticeships may have been tipped as the future of teacher training, but new research suggests their reliance on employer involvement makes them a “fragile” form of training.

A new study by Oxford University’s Department for Education and the World Innovation Summit for Education (WISE) has reviewed apprenticeship participation on a global scale.

It found relying on the active participation of employers means the apprenticeship model is “more vulnerable to political and corporate pressures” than classroom-based forms of learning, because its success depends on businesses and government overcoming differences in how each “views, finances and engages with” apprenticeships.

This week, the government officially rubber-stamped proposals for a new level six apprenticeship for teachers, open to existing graduates and developed by a group of schools led by teacher-training tsar Sir Andrew Carter.

The course is now only awaiting its funding rate allocation before it can be delivered, and the first set of apprentice teachers will start next September.

But the latest research, entitled ‘People and policy: A comparative study of apprenticeship across eight national contexts’, said learning delivered by state-sponsored colleges acting without direct employer support was a “more secure” option.

“Therefore, having strong incentives for employers to participate in programme provision is vital,” they said.

The government’s apprenticeship levy, introduced in April, means employers now have to foot the bill for apprentice training in England. All employers, including schools, with a payroll of over £3 million have to pay 0.5 per cent of it into a central pot each year. The money can then only be reclaimed for spending on apprenticeship training.

Reforms to apprenticeship funding in England have faced considerable challenges.

The Confederation for British Industry this week called for an “urgent” reform of the levy system this week for example, after an unprecedented 61-per-cent fall in apprenticeship starts since May.

The latest statistics – the first official figures since the levy was introduced in late April – revealed that apprenticeship starts in the three months from May fell by 69,400 compared with the same period last year.

The Oxford WISE research found that in England and other countries such as Australia, policy changes have led to apprenticeships being perceived as “a form of ‘magic dust’, which can be sprinkled on almost any vocational education and training problem, and offered to any young person who wants one”.

Evidence from England shows that apprenticeships struggle if they are branded as both a prestigious route to gaining certain kinds of skill and as a “social inclusion mechanism”, the study found.

Researchers also warned against attempts to relabel other forms of activity as apprenticeships, but praised efforts in England and Germany to work towards delivering graduate-level apprenticeships as a response to the “threat” posed by growth of higher education.

Rapid technological change may lead to employers having to contemplate creating “more of their own skills in house”, the study said, suggesting the idea of higher-level apprenticeships has “arrived at just the right time”.

The research is based on assessments of apprenticeship frameworks in eight countries: Australia, Denmark, Egypt, England, Finland, Germany, India and South Africa.

The World Innovation Summit for Education (WISE), an initiative of Qatar Foundation, will be held in Doha in November. Schools Week is the official media partner.