Pupils and their families are still fighting teacher grades eight months after they were awarded last year, despite ministers promising a “swift” appeals process.

While pupils could not appeal last year if they disagreed with their school’s professional judgment of the grade, they could make complaints about bias, discrimination and malpractice.

But Ane Vernon, a partner at Payne Hicks Beach solicitors, said her firm had been instructed in connection with “several” appeals or malpractice claims. A “small handful” were still ongoing. 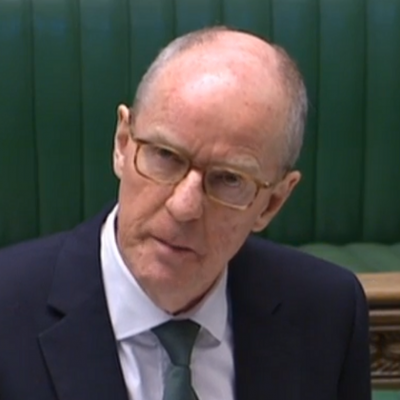 Schools Week has also spoken to a parent, who asked not to be named, who is taking a school to a SEND tribunal, claiming the process used to decide their child’s grade was discriminatory.

Vernon said the reasons why cases are still ongoing included slow internal complaints procedures in schools or because evidence had to be collected through subject access requests.

“Difficulties arise where the school takes a defensive stance or does not properly engage with the specific circumstances of the individual case,” she said.

The number of appeals soared last year to 2,215, up from 745 in 2019, although Ofqual cautioned against direct comparison.

Ofqual statistics next week are expected to reveal how many appeals are outstanding. The appeals deadline was in September, while malpractice complaints have no deadline.

Nick Green, a father of four, is on the final stage of the complaints process after submitting a review with Ofqual last month. He is claiming malpractice led to his son’s result to be downgraded.

Green, an assistant principal at a South Yorkshire secondary school, has spent nearly eight months challenging his son’s PE GCSE grade 6, despite being predicted a 7.

A statement to Green from Shelley College in Huddersfield says his son achieved a 9 in the mock exam for component one, and 7,7,6 in other tests.

But as the school had to “reduce” their “teacher predicted grades further” it considered how he had “admitted his struggle” with component two of the PE GCSE course, which it was not able to hold a mock exam on. Green’s son said he does not remember this conversation.

Some schools marked down their own teacher grades, matching them to historical results at the school to avoid grade inflation.

Ofqual guidance also said judgments should be objective, based on the available evidence and not affected by a student’s behaviour.

Exam board note referred to behaviour

But a handwritten note by exam board Pearson, made after Green asked it to review the case, said about component two: “behaviour and [ineligible word] dipped. So why at bottom of rank order”

However, Pearson later claimed to Green the note was not an “accurate reflection of the conversation” and said the school clarified his son’s behaviour “was not considered”.

The board did not “have reasonable grounds” to investigate Green’s concerns as suspected malpractice. Ofqual did not uphold the complaint, so Green has now submitted a further final complaint to the regulator.

Green claims there is “real failure in the system of accountability” from schools down to Ofqual and fears about what could happen for students this year.

“My son’s confidence was knocked. He went to college and he came back and said I’ve got one of the lowest grades in the class.

“He’s already looking at university. Sport is very competitive . . . universities now sometimes go back to GCSE grades when you get so many students getting top grades at A-level.”

Pearson and Ofqual refused to comment on an individual case.

Shelley College had a “small number of appeals” and in all cases “an investigation was completed in line with Ofqual guidelines”.

Dave Wadsworth, the principal, said: “In a small minority of these cases students then took their appeal to the exam board and we fully complied with this process. In all cases the exam board rejected the appeal.”

Pearson said it was “very sympathetic to students disappointed with their results” and took allegations of malpractice “very seriously”.