The number of appeals against GCSE and A-level exam grades soared this year as a result of the exams fiasco and a change to the appeals process, while the proportion upheld also increased, new data shows.

However, exams regulator Ofqual has cautioned against “direct comparisons” with previous years, which it said were “not valid” due to the “exceptional nature” of the appeals process this year. 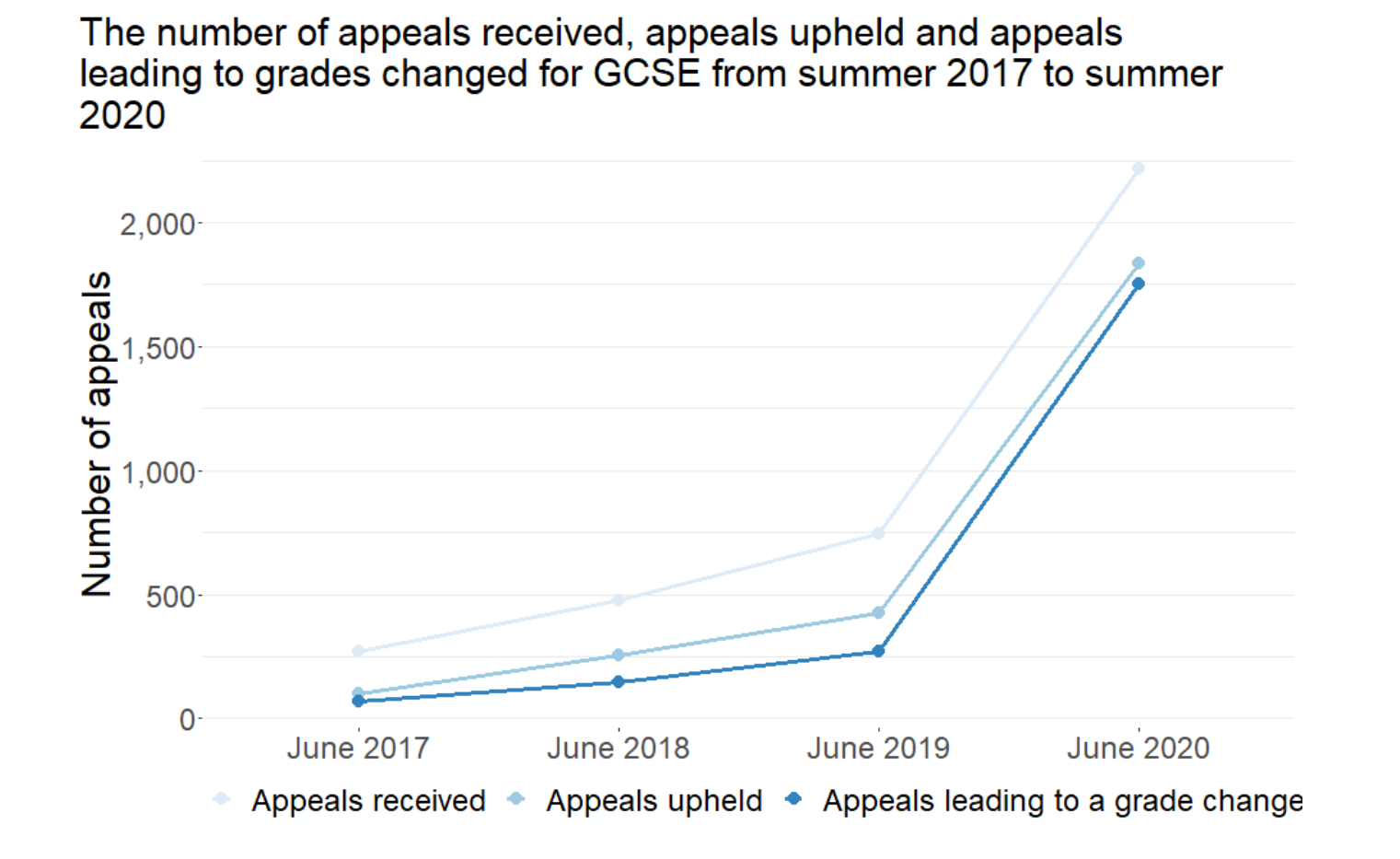 Ofqual said the changes between 2019 and 2020 “reflect the difference in the appeals process in summer 2020”.

Following the move away from exams this year, Ofqual introduced different grounds for appeal. For example, schools were able to appeal on behalf of pupils if they realised they had given an exam board incorrect data, or if they felt there were “procedural inconsistencies”. 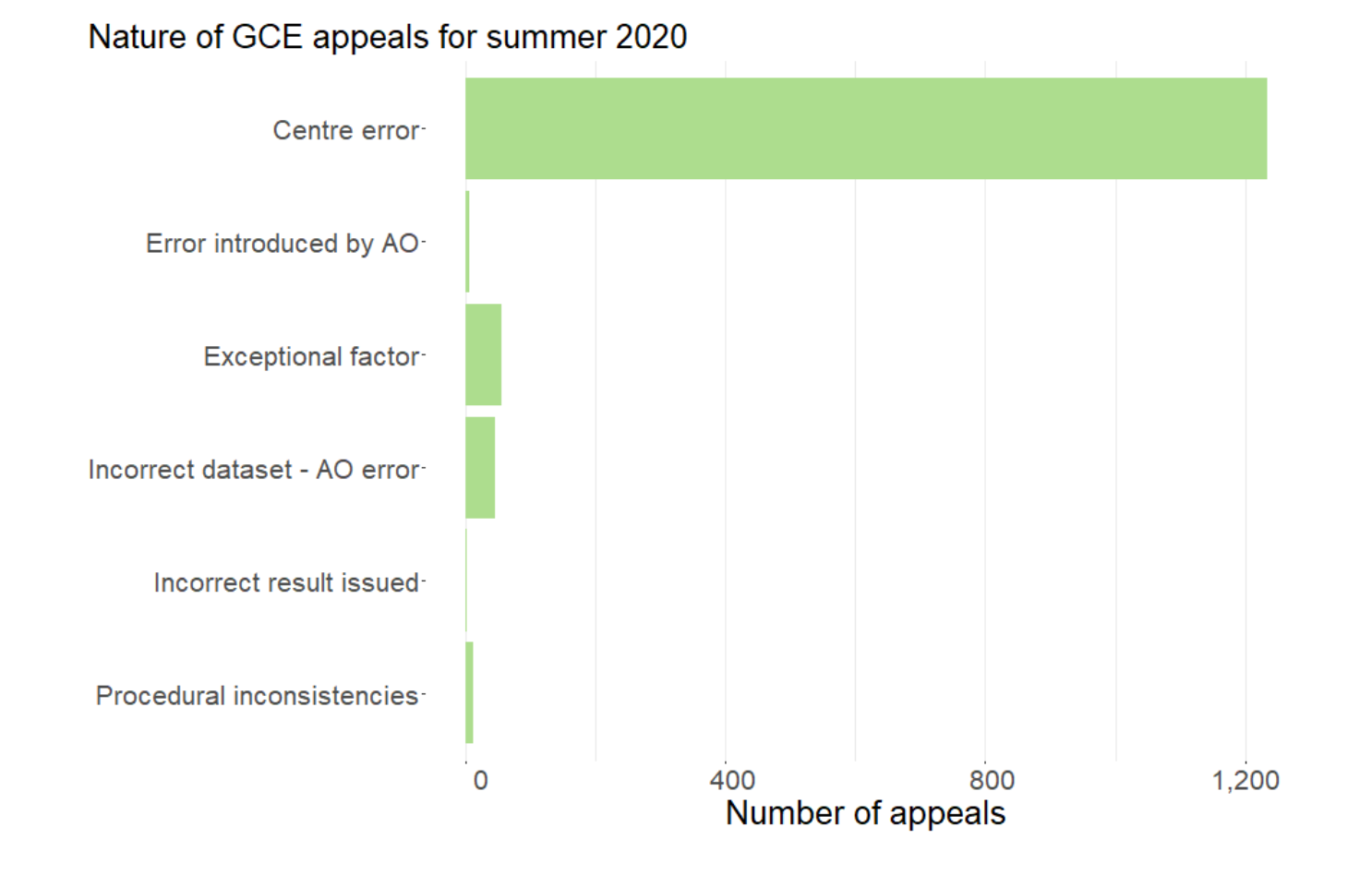 This year, the appeals process consisted of two stages. First, an initial review, which involved exam board staff checking data, procedure and process depending on the nature of an appeal.

Secondly, if schools weren’t satisfied with the initial review, an independent review was carried out by an “independent decision maker”.

Today’s data shows that just 2 per cent of initial reviews led to independent reviews at GCSE, while 4 per cent were escalated at A-level.

The grade most likely to be challenged at GCSE was a 3, which is one grade short of the “good pass” grade of 4. In combined science, where two grades are issued, the most common combination challenged was 4-4, followed closely by 5-5.

At A-level, the most common grade challenged was a B. 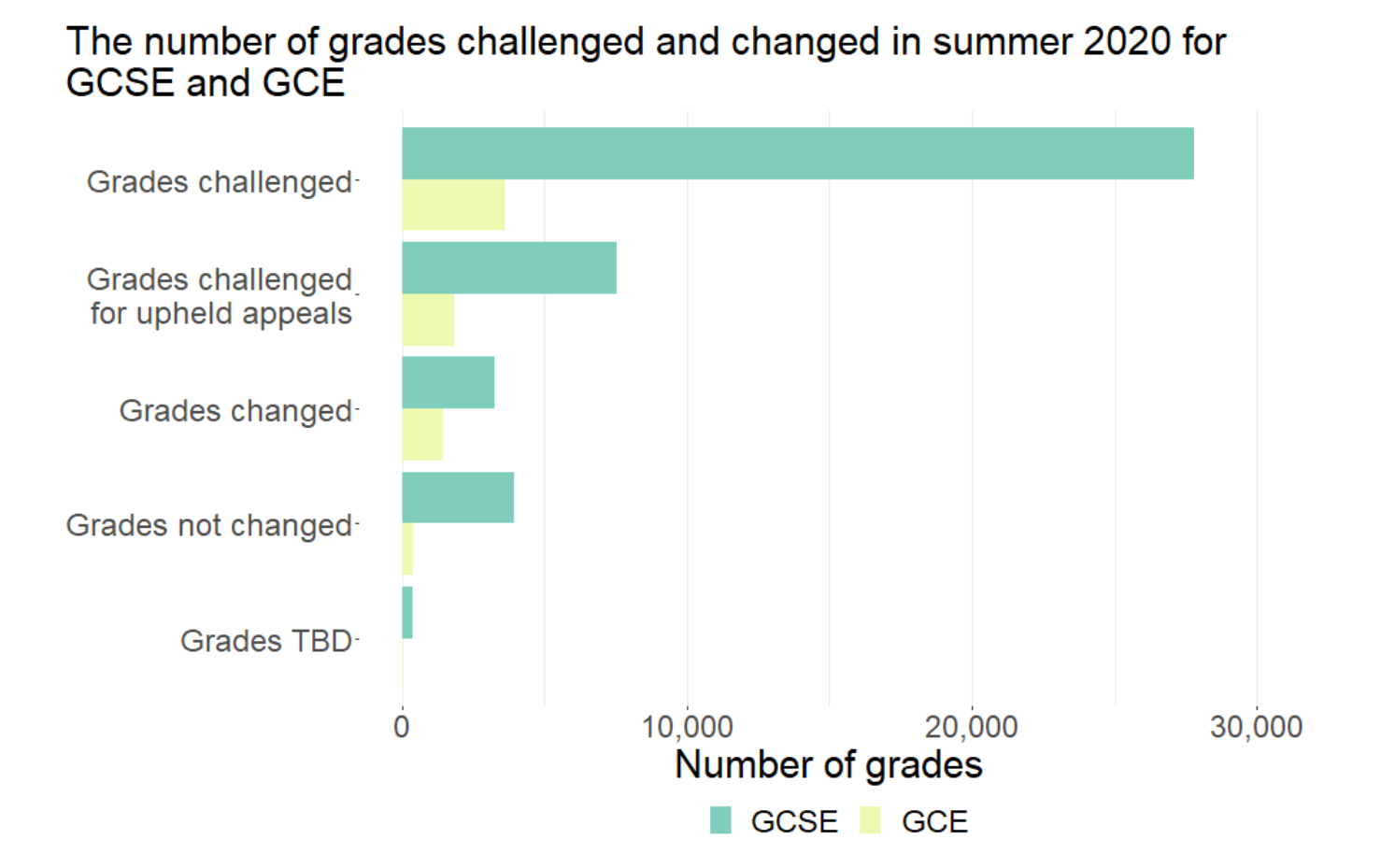