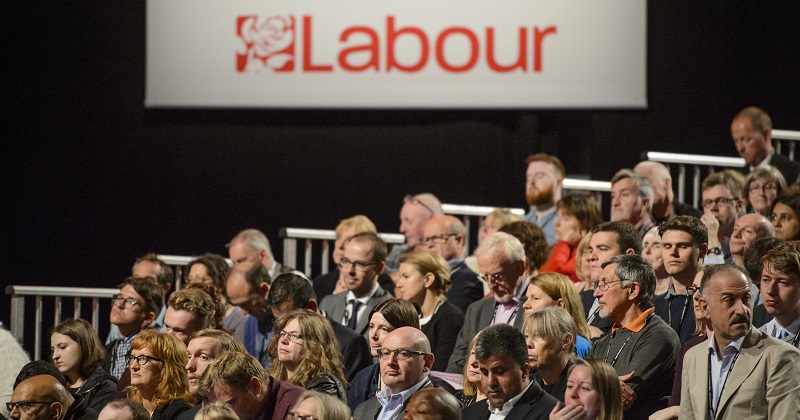 Labour activists heard from Angela Rayner at the party’s annual conference this morning. Here is what she said.

Conference, it is a pleasure to follow Mark [Drakeford, first minister of Wales]. What a contrast he is to the last three Tory Prime Ministers. They have achieved the impossible – they’ve each been even worse than the last.

I chose the short film we just watched because Tony Benn ‘encouraged me’. I was a care worker in my teens, threatened with outsourcing. I’d never heard of a trade union until then. But I found out.  And we won.

Our very first budget will immediately close the tax loopholes used by elite private schools, and use that money to improve the lives of all children

By 20 I was a shop steward and now I’m here. The labour movement gave me an education and a vocation.

Conference, people sometimes point to me as someone who had a difficult start in life. ‘She can do it’, they say ‘so why can’t you’. But actually it’s not true. My life shows the opposite.

Any success I’ve had is shared. Shared by our movement, and the Labour governments that provided the council house, minimum wage, welfare state, and Sure Start centre that enabled me to achieve it.

That is why we’ll upgrade social mobility to social justice, turning the Social Mobility Commission into the Social Justice Commission. And we will set that Commission to work on making the whole education system fairer through the integration of private schools.

John McDonnell and I will set out the further steps a Labour government would take. But I can say today, that our very first Budget will immediately close the tax loopholes used by elite private schools, and use that money to improve the lives of all children.

As the next Chancellor, John McDonnell will re-make our economy for social justice, by taxing privilege, redistributing wealth and re-investing in public services. So too in education.

By creating a new, universal basic service. This is the heart of the National Education Service – the fundamental belief that education is a right for all, not just a privileged few.

It’s a right that we will radically expand. As with our NHS, it will be there from the very start of your life.

Conference, Sure Start changed my life when my own son was born. I joined a parenting class.No-one was more efficient than me at changing nappies, and having a proper bedtime. But no-one mentioned love. This is what I learned at Sure Start.

We know the importance of bonding in the early years. Children who know they are loved go on to flourish.

So we will deliver a renewed Sure Start programme, Sure Start Plus. The next Labour government can transform lives as the last transformed mine.

Alongside it, we will introduce a new service: free nursery education for all two to four year olds. Not childcare on the cheap, to get parents back to work. But an early education service, led by professionals, designed to develop the whole child.

Because wherever free education isn’t available now, we will step in and provide it. It is why we will end tuition fees in universities but also in further and adult education, so that lifelong learning is available for all.

And in a matter of weeks our Lifelong Learning Commission will report, outlining a new, radical, and necessary vision for the future of further and adult education.

For the first time, our National Education Service will set out clearly to all of our citizens their basic rights to education throughout their lives.

And I believe it is right too, we combine local accountability with national standards. Let me give an example.

Before I became an MP I was a volunteer for the Samaritans. Some of you may know how it began: a young girl took her life because her period started. She didn’t know what was happening to her. She thought she had a disease. But if she’d had sex and relationships education, she might have been here today.

That is why I’m determined that every child growing up today has the right to learn about these issues. It is why we need clear national guidelines, and why we will stand by the teachers implementing them. In our National Education Service, there will be no opt out from equality.

Every part of the system will be bound by its principles, united behind its values and held to its standards. And when existing institutions are not fit for that purpose, we will transform them.

Conference, that is why we will scrap Ofsted. Schools will no longer be reduced to a one-word grade or subjected to a system that hounds teachers from the classroom.

A new system of peer review will deliver school improvement, led by the experts in our schools, who can achieve more working together for the common good.

And a new, independent body will ensure every provider from nursery to college delivers the education that will be the right of every citizen.

And we will also protect that right by ending the spiralling cost of school uniforms and equipment. Parents forced into debt. Children in clothes that don’t fit. And the Tories failing for four years to keep their promise to act.

So we will set a clear price cap, and stop the scandal of children priced out of school.

Conference, fifty years ago, in the face of establishment opposition, Jennie Lee founded the Open University.

Struggling to complete the campus before a general election, she went to the site and personally spoke to the construction workers. She told them – this is not another university for other people’s children, but for yourselves. They worked through their holiday to finish building. It still stands today.

That means so much to me because I too needed a second chance with my own education. So many of us will have been told ‘maybe university isn’t for you’. But if our education system isn’t for everyone, the problem isn’t us, it’s the system.

So we will establish a comprehensive, and co-operative, university. Academic and vocational teaching on an equal footing. Common ownership of the production, distribution, and exchange of knowledge itself.

Because we often hear about value created by innovation or investment, but rarely that created by the labour of workers. Yet the resources of the new economy will not so often be dug out of the ground as found in the life of the mind.

That’s why I reject the Tories saying we’ll just spend. No: we will invest. An investment that will earn dividends as the next generation pays it back in full. But we will reap a return far richer than any sum of money. Of human potential realised.

Because it’s not just our services and industries that austerity hurts, but our people too. Conference, the Tories have broken Britain. But we will rebuild it.