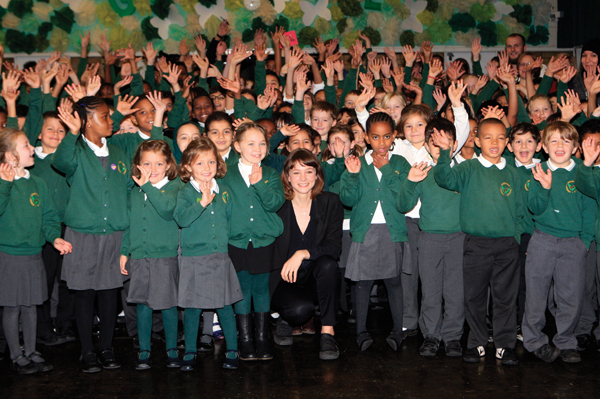 British actor Carey Mulligan recently gave a group of 200 west London pupils an insider’s view of life behind the lens.

Ms Mulligan, who recently played a schoolteacher in a West End production of Skylight, talked openly about her career, inspirations and how to get into film.

Having been counselled for her role in Skylight by Greenside headteacher Karen Bastick-Styles, the actress was keen to visit the school and help young people use film as a cultural and educational tool.

“I remember school and the times that I wasn’t engaged . . . the minute a film was shown, I found a way in to learning.”

Ms Bastick-Styles, said: “It is not every day pupils have the chance to engage with an actor such as Carey and get a unique insight into the world of film. I hope that it will be a real inspiration to them.”