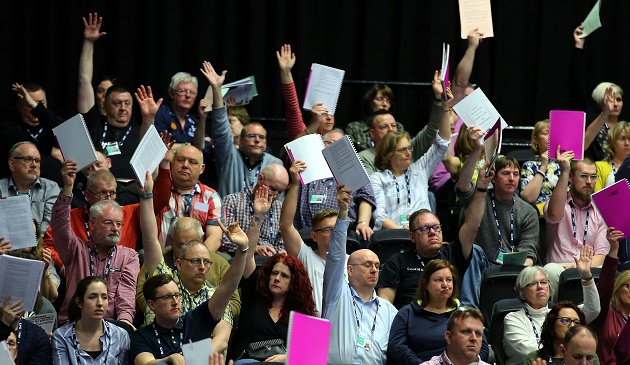 All trainee teachers should receive “comprehensive” SEND training to cope with “greater responsibilities”, the National Union of Teachers has demanded.

The NUT passed a motion at its conference in Brighton this morning which demands training for all trainees, including those on school-based training routes such as Teach First and School Direct.

Under current standards, those on school-based routes must develop a “clear understanding” of the needs of all pupils, including those with special educational needs, to achieve qualified teacher status, but do not have to receive comprehensive training on the subject.

The union’s motion expresses “alarm” that classroom teachers now have “greater responsibilities” in meeting the needs of pupils with SEND, but have received “no additional resources or training”.

The motion also calls for strike action over the potential impact on high needs funding of the new national funding formula, which the union has warned will result in “drastic cuts”.

Teachers could also strike if any further cuts to central and school support services are threatened.

The union expressed fears about an apparent drop of nearly six per cent in the number of pupils with special educational needs since 2010, almost half of that decrease occurred aftee a new code of practice was introduced in 2014 with stricter definitions.

It also claimed the introduction of a single national dedicated schools grant will lead to funding cuts for SEN pupils.

The NUT’s executive will now hold talks with other unions and will lobby government to restore spending on services for pupils with SEN to “pre-austerity levels”.

It will campaign against what it calls the “constant testing regime” applied to SEN pupils who face compulsory English and maths re-takes after the age of 16 if not achieving a grade C at GCSE in those subjects.

The requirement was introduced by the government from September 2013 and included an exemption for pupils with stated SEN. The tightening definition of needs, however, means fewer pupils are now eligible for opt-out.