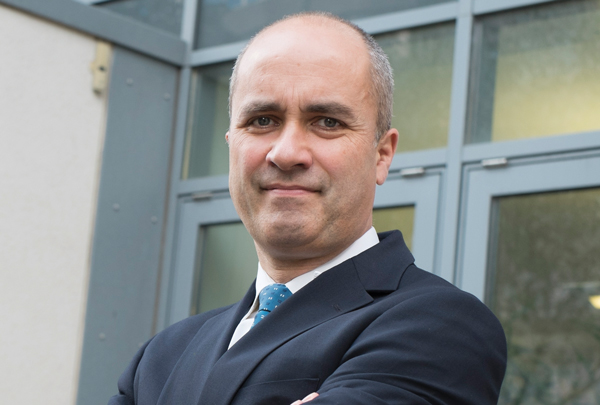 An academy chain whose founders have a government contract to provide advisers to help regional schools commissioners judge the quality of struggling schools is to have its nine schools handed to other trusts.

The Lilac Sky Schools Academy Trust (LSSAT) has been told by regional schools commissioner Dominic Herrington (pictured above) to hand over its nine primary schools to other trusts – five of which the trust reportedly only took on in September.

It’s not clear why all the schools are being taken over, but Schools Week reported in February how LSSAT had pulled out of running Tabor Academy, in Essex, just months after it was put into special measures by Ofsted.

Another of LSSAT’s schools, Marshlands Academy, in East Sussex, was threatened with closure by the government and issued a termination notice in November over “unacceptably low standards”. Schools Week has previously revealed Lilac Sky Schools – an education consultancy firm whose director Trevor Averre-Beeson founded LSSAT – has a two-year contract to provide three advisors to help out RSCs. The advisers form part of a pool of experts who can be called on by RSCs to help with school improvement, find suitable new sponsors and assess free school applications.

They are contracted to two RSC areas – one being the region led by Dominic Herrington, who is now in charge of overseeing the rebrokering of LSSAT’s schools.

A Department for Education (DfE) spokesperson said: “We are now working urgently to facilitate this transfer and ensure that there is no interruption to children’s education.”

Some of the schools already have new sponsors lined up, and parents have been informed via letters from the trust’s new interim chair of directors, Nicholas Tyler.

Tyler, the owner of a management consultancy firm, was appointed to the role last month after four of LSSAT’s directors resigned in the space of two months earlier this year.

A statement issued by the trust read: “This was clearly a very difficult decision to make, but was done so in the best interests of the children.

“We are also working closely with the principal of each school, as well as the new trusts, to ensure that the children’s education is not disrupted.”

It is unclear if the trust will now be wound up. The trust did not respond when asked about this by Schools Week. LSSAT’s website states it was founded in 2012 by Averre-Beeson (pictured left) and Jane Fielding, who both set up Lilac Sky Outstanding Education Services in 2009 – a school improvement firm that used a seven-point programme to help schools become “outstanding educators”.

The website said founding the trust was a “natural progression” and an expansion into “complementary bespoke educational services”.

Companies House shows Averre-Beeson and Fielding are the shareholders of a consultancy firm called Lilac Sky Schools Ltd, which provides services to LSSAT. In 2013-14 alone, the school paid more than £800,000 to the firm.

Accounts state the transactions were all conducted at arm’s length and at cost, adding “Lilac Sky Ltd provide a unique service to schools, as a consequence a tendering process was not required”.

The most recent publicly-available accounts, for year end 2014, when the trust had four schools, show Fielding was paid at least £105,000 for her role as principal leader.

The accounts stated Averre-Beeson was employed though a “consultancy arrangement”.

But both appear to have now severed links with the trust.

LSSAT’s related-party transactions from their 2014 accounts

Averre-Beeson was also chief executive of LSSAT, but told Schools Week he left the post nearly two years ago.

Despite this, Averre-Beeson had issued a statement to Schools Week, on behalf of the trust, in relation to a story we covered in February this year.

When asked about this today, he said: “I was acting as a spokesman for the trust simply as its interested founder”.