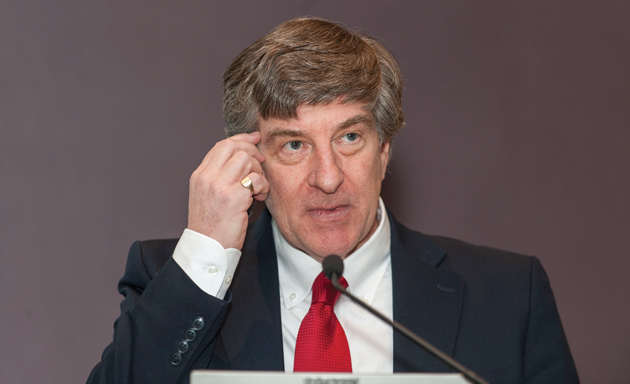 The schools commissioner has started piloting multi-academy trust “health checks” and revealed his full masterplan to ensure chains don’t overexpand will be rolled out across the country from January.

Sir David Carter, the national schools commissioner, said he plans to run the health checks at more than 30 trusts before the end of the year.

The findings will assist drawing up a final programme that will then be used to measure whether an academy trust is in good enough shape to expand and take on more schools.

Carter, in a termly RSC update to schools, said he believes the growth checks are “integral to enabling trusts to grow strategically and with confidence”.

“The first pilots of the audit took place in July, and between now and Christmas my aim is to complete a further 30-40.

“The learning and feedback from these will inform the final development of the programme, which we will roll out from January 2017.”

The government is yet to confirm which measures will make up the checks, but ministers have released rough details of the type of hurdles trusts must pass to be deemed eligible to expand.

It follows criticism of chains such as E-ACT and AET that have been accused of growing too rapidly and had been banned from taking on new schools.

Carter has previously said trusts should not be “automatically stopped” from growing, but that “we need to understand what its plan is to improve that school”.

The schools commissioner has also moved to reassure primary schools classed as performing below the government’s floor standard at key stage 2.

Provisional figures released earlier this year showed just half of year 6 pupils had met the government’s new expected standard, causing concern in the education community that RSCs will use the results to take over more schools under the new “coasting” intervention.

But Carter stressed schools would only be judged as performing below the floor if they fail to meet both attainment and progress targets.

He said regional schools commissioners will be “proportionate” in their response to 2016 results, and will take into account scores from 2015 and 2014.

“We would not typically expect to intervene in a primary academy/school on the basis of the 2016 outcomes only.”

But he said there is a “considerable amount of learning to be shared across the sector”, adding that each RSC will lead a “primary performance evaluation” in their region that “shares as many of the strategies that led to success in 2016, so that all schools can benefit from this in 2017”.