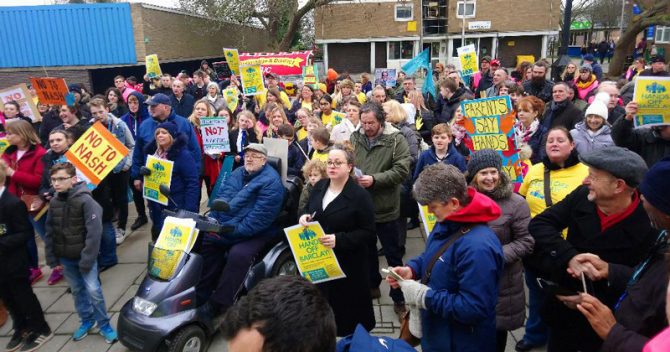 Failing maintained schools that become ‘good’ or ‘outstanding’ before converting into academies can have their academy orders revoked, the Department for Education has officially confirmed.

The DfE has today updated its statutory guidance on “schools causing concern” with more detail on the scenarios in which academy orders can be revoked.

This appears to be the first time that official rules have been enshrined in legal guidance.

Academy orders are issued to local authority-maintained schools when they are rated ‘inadequate’ by Ofsted.

Ministers have for some years had the power to revoke academy orders, and Schools Week revealed last year that they had done so on 33 different occasions, mostly because schools’ Ofsted ratings improved before they could become an academy.

However, statutory guidance was previously vague on the matter, simply stating that the power would only be used in “very exceptional circumstances”, including when a school is unviable and must close.

The DfE has now listed more examples of “exceptional circumstances” that may justify revocation.

For example, it states that academy orders can be revoked if a school has been reinspected by Ofsted and judged to be ‘good’ or ‘outstanding’ and the secretary of state is “satisfied that the improvement can be sustained without the support of a strong sponsor”.

However, the guidance goes on to say that Ofsted’s findings “will be one of a number of sources of information the secretary of state will consider when deciding whether improvement can be sustained without the support of a strong sponsor”.

Academy orders can also be revoked if a school was rated ‘inadequate’ solely on safeguarding grounds, having previously been ‘good’ or ‘outstanding’, but has reverted to its previous Ofsted rating “and the secretary of state is satisfied that the safeguarding concerns have been addressed and can be sustained without the support of a strong sponsor or multi-academy trust”.

The DfE said the examples were “not exhaustive”, and that the education secretary would consider each case “on its individual merits, taking account of any reasons put forward by the governing body as to why revocation is in the best interests of the pupils served by the school”.

“The secretary of state will only consider revoking an academy order if the school’s governing body are in agreement and have requested to do so,” it goes on to say.

“In circumstances where the maintained school is not viable and the decision has been taken to revoke the academy order, then the local authority will be expected to close the maintained school following the statutory school closure process and if necessary, ministers may use the power to direct them to do so.”