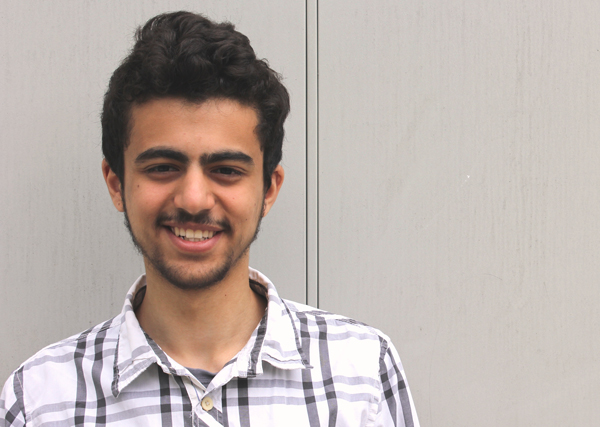 Ark Putney Academy student Maan Al-Yasiri, a boy who lodges with a family in London while his parents live in Iraq, is off to study history and politics at Oxford University after getting As in English and history and a B in economics.

Just a year ago Maan was planning to skip university altogether. He changed his mind after speaking to fellow student Sara Khoshnaw, also from Iraq, who went on to study medicine at Cambridge: “When I talked to Sara about her experiences, she told me that when she was growing up, she had never imagined that she’d go to Cambridge. That made me realise that Oxford could be an option for me, that it was possible.”

Maan, whose family is originally from Iraq, was born in Syria, where his family was living to escape political persecution: “I have three uncles who were political opponents of the Saddam regime and one of them had spent time in Abu Ghraib prison.

“When he was released, he came to live with my family, but basically lived in a closet so the neighbours wouldn’t know he was living there.”

After Oxford, Maan hopes to join the civil service, train as a barrister or go into journalism. He said: “In the long-term, I would like to go back to Iraq and use the skills I’ve learned to help the country in whatever way I can.”