More than 9,600 schools have signed up to the pilot of the government’s new baseline assessment, according to the Department for Education.

Schools minister Nick Gibb has claimed the number of schools which have registered to take part is “significant” because they will help ensure the baseline assessment works.

But Dr Mary Bousted, joint general secretary of the National Education Union, said this is down from the 16,766 primary schools that took part in an earlier pilot.

“This is a significant setback for the Government’s test-driven approach to primary education,” she said. “In 2015, more than 80% of schools signed up for the DfE’s baseline assessment pilot. This time round that figure has fallen to 57%.

“There is evidently a widespread scepticism in primary schools about the value of baseline, and a concern for its impact on pupils and on the Early Years curriculum. Educators do not want new tests in primary schools – they want an end to the current system of primary assessment.”

The new test for reception children, which will provide the baseline for measuring progress in primary schools, will not become statutory until September 2020. If successful, the key stage 1 SATs currently used as the start point to track progress will be scrapped from 2022.

But there has been controversy around the test, including concerns that reception pupils are too young to be accurately tested and the government’s recent refusal to release the full results of a trial. 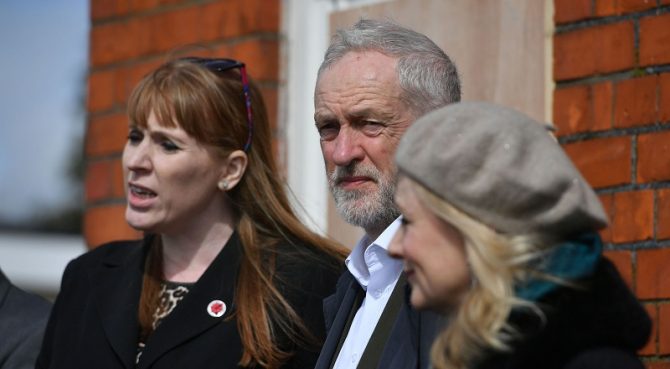 Gibb said the pilot was “an opportunity for schools to familiarise themselves with the format and help us make sure it works for both children and teachers”, adding “that’s why it’s so significant that almost 10,000 schools have registered to take part”.

The assessment would “lighten the load for schools” and be “stress-free for children”, he said.

The tests, which focus on language, communication and literacy, and early maths, should take around 20 minutes each to carry out and are to be administered at any time within the first 6 weeks of children starting reception classes. In March the government announced a “self-regulation” test had been dropped as part of the assessment.

Pupils won’t need to prepare for the tests, and will not be deemed to have passed or failed them. Numerical data will not be shared with schools. Instead, teachers will receive a series of short, narrative statements to tell them how their pupils performed shortly after the assessment.

However the use of a reception baseline is controversial because of the failure of the last pilot of the tests less than four years ago.

Three approved providers rolled out their assessments in September 2015, only for a study to later find they were not comparable and the project was effectively cancelled. One of the providers, National Foundation for Education Research, was then selected last year to design and deliver the test.

Then earlier this month, the DfE was also accused of hiding the workload implications of the test, after releasing heavily redacted results of a trial in 300 schools.

The results, obtained under Freedom of Information request, showed 72 per cent of teachers disagreed the workload was “reasonable” in the now-scrapped self-regulation test.

If a baseline assessment is to be a success, it is absolutely critical that it is done right

However their feelings about the workload for the maths, communication and literacy tests were redacted.

The DfE’s press release today repeated the claim the test will reduce workload for teachers, and said schools would now be “recognised for the work they do throughout the whole of primary school rather just between years 2 and 6”.

Gibb added the test was a “quick check” of a child’s early language and ability, “just like checking a child’s teeth or their eyesight”.

Nick Brook, deputy general of NAHT, said “if a baseline assessment is to be a success, it is absolutely critical that it is done right, which is why it’s encouraging that so many schools have signed up for the pilot”.

He added the pilot “will tell us whether the assessment which has been developed works for teachers and children, and what the next steps should be”.

The pilot, which will take place in September, has been signed up to by 9,612 schools.