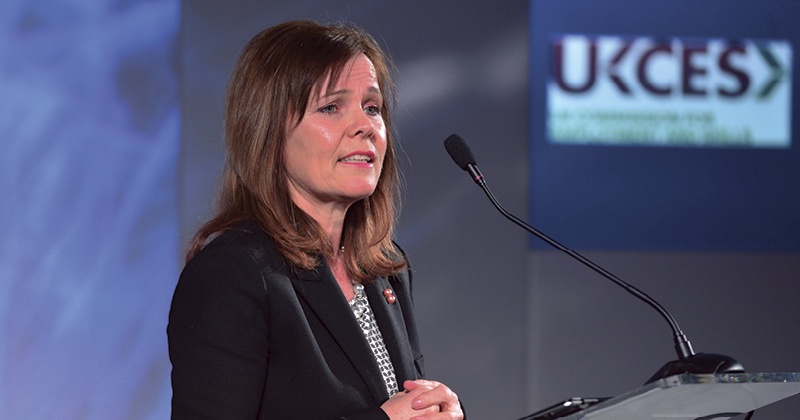 The Careers and Enterprise Company will do more to support and train teachers, its chief executive has said after criticism of the organisation’s use of public money.

Claudia Harris has denied that the CEC, which now has 25 full-time staff and 13 contractors, is turning into a quango, and insists it has “achieved a lot” in its first year.

Announced by former education secretary Nicky Morgan in late 2014, the company has been in operation since June last year, employing 75 regional “enterprise co-ordinators” to work with schools on careers guidance.

It has also launched a mentoring programme and activities with business volunteers in careers’ “cold spots” across England.

But Gerard Liston, an enterprise and employability consultant, told Schools Week he had “real concerns” about a “lack of progress and lack of sustainability” at the CEC, and said its funding – £70 million over this parliament – would be better spent on training teachers to deliver guidance in classrooms.

“There is a real limit to what can be achieved in a school through one day a month with a volunteer from business,” he said, adding that he was disappointed with the “lack of results and the superficial nature” of projects from CEC so far.

Moments of Choice, a key research piece for the organisation, found a variation in the understanding of study and career options among young people, but was based on interviews with just 35 young people.

“It’s great that they want to be known as an evidence-based organisation,” she said. “But we don’t need to have a quango producing what’s there already. What we need is to get independent, impartial careers advice back into communities.

What we need is to get independent, impartial careers advice back into communities

“I would really, really like to see this funding making a difference at grassroots level.”

Harris denied the research was old news, claiming it had looked further into the “science of how people make decisions”.

She said one of the key findings was that the “huge amount of data” provided to young people about careers made it “rational for them to turn off”, something that other research had failed to pick up.

Harris agreed the CEC needed to do more with teachers, and said it was “in the early stages of exploring” what it could do to help classroom staff and how its existing work could be “mapped into the curriculum”.

But she said its focus had to be wider than just schools.

“The problem here is a system failure, and the new insight is that you can’t solve this in schools alone, because the research is so clear that one of the key levers is helping kids to go to see things outside schools.”

She added that the Gatsby Foundation was running a pilot in which it trained teachers in its “benchmarks for good careers guidance” and tested their knowledge against that of the CEC’s enterprise coordinators.

Teach First was also working in 15 schools to train middle leaders on the Gatsby benchmarks, and would be extending the pilot into 45 schools next year.

Correction: Schools Week has removed the word “careers” from the sentence, attributed to Gerard Liston, that read ‘funding … would be better spent on training teachers to deliver guidance in classrooms’, to ensure the statement reflected Liston’s views.