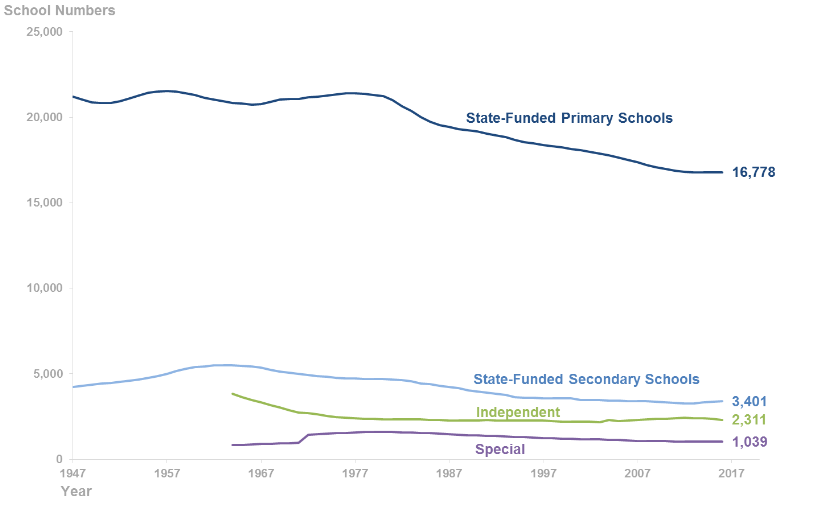 At least 46 independent schools have closed in the past year. The January school census, published in July every year, shows the number fell from 2,357 last year, to 2,311 this year.

The number of pupil referral units also dropped by nine.

Despite a rise in the number of state-funded schools (12 primaries and 20 secondaries), overall there has been a net decrease of 29 schools in 12 months.

The Department for Education said it was unable to comment further about independent school closures as they were ultimately “private businesses”.

Various regional newspapers have reported that a number have closed following financial pressures, or because of poor Ofsted ratings.

Independent Schools Council (ISC) figures published in May last year revealed that private schools had a 5.4 per cent yearly increase in management and administration costs.

Private school teachers’ salaries also rose by less than 1 per cent, despite record number of pupils taking up places.

However, the ISC, which about 50 per cent of independent schools belong to, said its membership went up by 13 schools this year.

The decline in the number of schools has put pressures on the system, with an extra 121,000 pupils starting school in the same time period.

The report found the average size of primary schools has increased, as has the number of schools that teach both primary and secondary year groups.