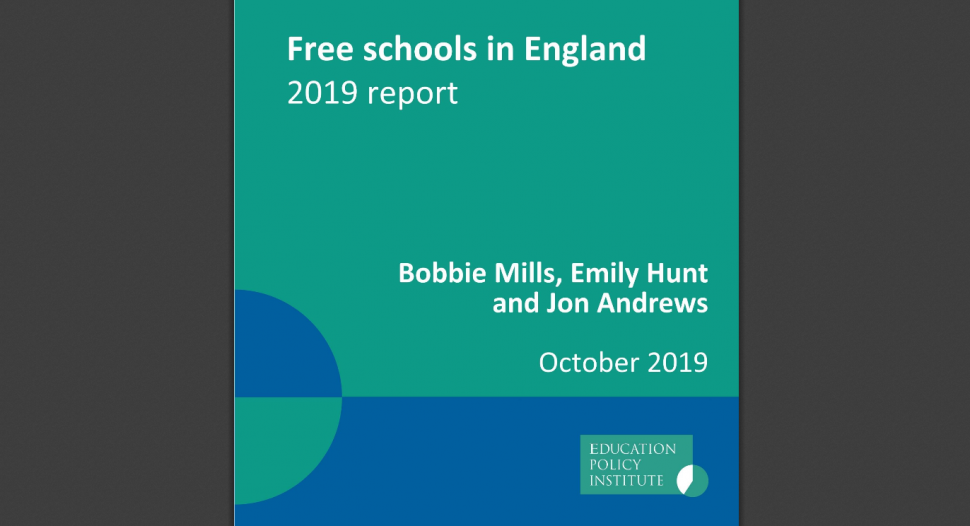 The Education Policy Institute has published a new report on free schools today. Schools Week has the key findings from the ‘Free schools in England 2019′ study.

1. Secondary free schools aren’t in the areas that need them

Free schools have been contributing places to areas in the greatest basic need – but this is less so for secondaries. They added just 4 places per 1,000 pupils in the areas with greatest need (compared to 11 for primary free schools).

Meanwhile secondary free schools added 15 places per 1,000 pupils in areas where there was an excess of capacity.

Furthermore, in these areas, the extra places aren’t created in the areas with the biggest need for more high-quality schools.

Nearly half of secondary free school pupils are drawn from just three of the 24 different “types” of local community (as classified by the office for National Statistics). They are ‘inner city cosmopolitan’, ‘urban cultural mix’ and ‘young ethnic communities’ – all among the most economically disadvantaged in England.

However, the two other most deprived areas (“hampered neighbourhoods” and “challenged white communities”) are under-served by free schools.

3. Pupil characteristics accounts for some of soaring progress scores

The report stresses it’s still early days on drawing conclusions on the performance of free schools.

But it highlights pupils in primary free schools seem to achieve results below average (their average attainment is lower than all other state-funded school types apart from sponsored academies).

Secondaries, on the other hand, have the highest progress 8 scores. However some – but not all – of this is down to the schools disproportionately drawing their pupils from neighbourhood types that already achieve higher results on average.

The “raw” progress 8 score for secondary free schools is +0.24, but this falls to +0.12 after contextualising for their pupil characteristics (the difference is essentially an eighth of a grade per subject per pupil).

The report found families are least likely to apply to a free school as their first preference among local schools. Just one fifth of primary and one quarter of secondary applicants did so – the lowest proportion of any school type.

But there are two caveats. Free schools might “deliberately” aim to offer something different to what is already on offer locally, and the school appear to grow in popularity among local pupils as they become more established.