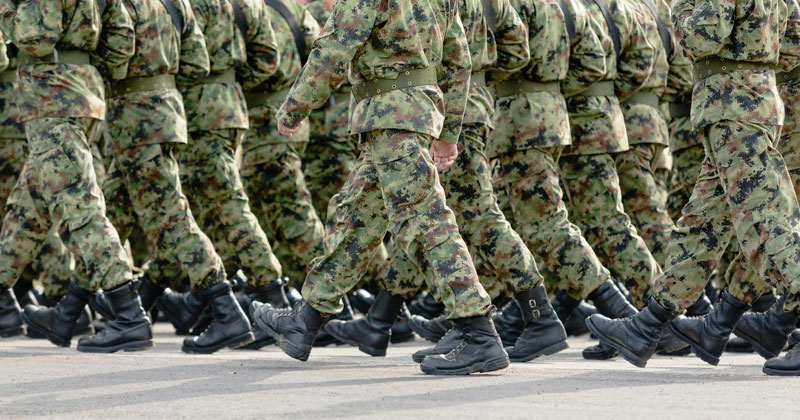 A third of a £6 million funding pot aimed at building character in school pupils will be targeted at military-style projects, prompting criticism from campaigners.

The government has said that up to
£2 million of its character education grant funding will this year pay for projects that have a “military ethos approach to develop character”.

According to the Forces Watch campaign group, the latest announcement takes the total amount spent or earmarked by the government for projects aimed at instilling a military ethos in schools since 2012 to almost £90 million.

Applications for this year have just closed, with schools having to wait until September to find out if they have been successful in their bids for between £50,000 and £750,000. The fund is separate to the department’s annual character education awards.

Forces Watch, which scrutinises army recruitment practices, said the grant allocation was the latest in a series of big pay-outs related to military-style education, citing the £10 million Troops to Teachers recruitment scheme and £14 million already spent on the cadet expansion scheme, which received another £50 million last year.

Emma Sangster, co-ordinator of the organisation, questioned the logic of the Department for Education’s approach when last year’s character awards had demonstrated a “wealth of other approaches”.

“Is this policy primarily about building character or is it about influencing young people about the benefits of the armed forces?

“The increasing inclusion of military approaches in our education system has received almost no public scrutiny. There needs to be a full review of why this is happening and who benefits and what the concerns may be before any more money is spent on it.”

On top of the grants issued each year, schools can win up to £35,000 in the department’s character education awards. Last year, 21 schools and six charities each won £15,000, with King’s Leadership academy in Warrington scooping an additional £20,000.

The school, which encourages its pupils to join the cadets, was praised for its “King’s passport” programme, where character is logged for every pupil and a “seven pillars” policy is in place.

Oakthorpe, a community primary school in Swadlincote, Derbyshire, was praised for a positive behaviour rewards system developed by its school council to help children to reach their “ideal selves”.

Schools Week recently reported government claims that it is “on track” to create 500 cadet units in schools by 2020, despite refusing to release details on the numbers created with the £50 million allocated in last year’s summer budget.

Kevin Courtney, acting general secretary of the National Union of Teachers, said there were “many ways to improve children and young people’s confidence and character.

“A ‘military ethos’ approach is one greatly favoured by government but it is neither the only way nor the most desirable way to engage with students.”

A department spokesperson said the £2 million would fund projects that instilled confidence, leadership, resilience and
team-work.

“Previous military ethos programmes have had a positive impact on those who have taken part — it’s right that we extend this opportunity to the most disadvantaged pupils so they can achieve the same outcomes as their peers.”