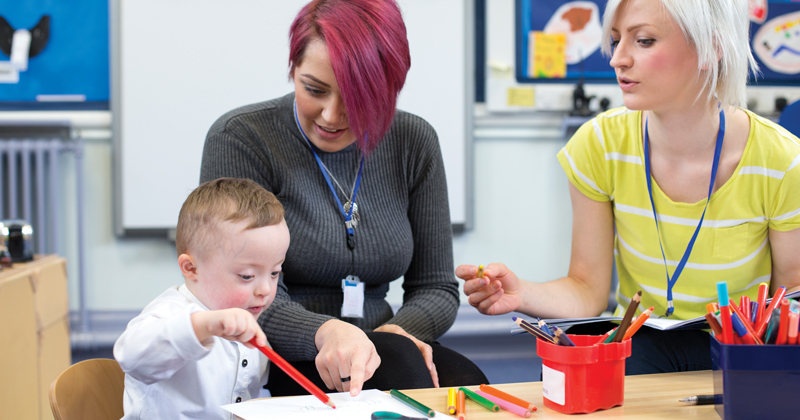 Special needs funding is now being allocated as “a blunt instrument”, with cash handed out based on population growth, rather than more sophisticated measures, according to a major charity.

The Department for Education (DfE) last week announced it was setting aside new funds to improve special educational needs (SEND) provision in mainstream schools from 2018-22.

The money will allow existing schools to, for example, add more mobility equipment and specialised classrooms.

However, it will be allocated based on projected population growth, rather than flowing to areas with the greatest need.

Simon Knights, the director of education at the National Education Trust, said the funding was “unlikely to fully address the significant capacity issues” in the special needs sector.

Using the “blunt instrument” of demographic growth will not “necessarily target funding towards those areas with the greatest need”, he said, calling for a national audit of special needs places capacity.

An analysis of the new scheme shows that the councils which spend the most on private special school provision per pupil will not receive the biggest slices of funding from the DfE.

Only two of the councils that spend the most per pupil on private special school provision, Hertfordshire and Barking and Dagenham, make it into the top 15 of the new funding allocation.

However, some councils that spent the most overall (in sum total, rather than per pupil) have ended up as big winners.

Surrey, Kent, Essex and Hampshire – all among the top six councils for total private special school spend – are in the top six for the highest allocations from the new money, receiving between £3.7 million and £6.6 million each.

However, other councils with large overall spends have not made it into the highest allocations of funding.

These include Devon, Warwickshire, Buckinghamshire, Leicestershire, Lancashire and Somerset – which spent between £9 million and £16 million in 2015-16

Peter Imray, a freelance adviser on SEND and a former teacher, said that £215 million was “no way near enough, not with the needs of the most complex children – which can be £200,000 per year for one child”.

Even then, the projected population growth figures might not be accurate, he added, as children with the most severe needs are not always included in the data.

The government wants the new funds to be spent on expanding existing classrooms to accommodate mobility aids, on new mobility equipment, and to create storage facilities for wheelchairs.

Edward Timpson, the children’s minister, said the investment would enable local councils to “build new classrooms and improve facilities for pupils, ensuring that no child is left behind”.