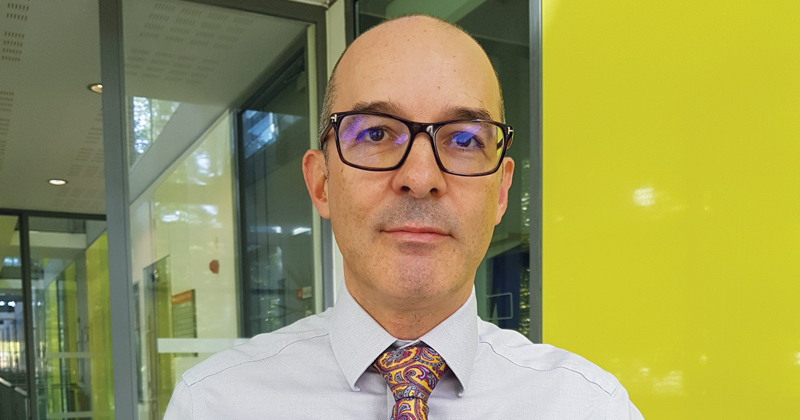 Ofsted’s increased focus and spending on research is “more important” as the inspectorate faces cost pressures, its head of research has said.

Professor Daniel Muijs (pictured) has defended the inspectorate’s plans to shell out £2.4 million on research over the next two years.

It comes as senior staff have been at pains to point out the inspectorate is “at the limit” of what it can do with current resources.

All public sector organisations should be open to scrutiny and open to questioning; as such I don’t think it’s unfair that we’re under that kind of spotlight

But Muijs, a respected academic hired by chief inspector Amanda Spielman in January to preside over Ofsted’s beefed-up research programme, described the additional spending as an “investment that will allow us to do our core business better”.

“When you are working in a resource-constrained environment, as obviously we are, in many cases it becomes even more important to do what you do as well as possible,” he told Schools Week.

“For us, that obviously means that we do things that are well-evidenced and well-supported. That is one of the reasons we invest in research – so that we are not using limited resources to look at the wrong kind of things.”

One of Muijs’s main tasks has been overseeing the organisation’s large-scale research on the curriculum, which will feed into the watchdog’s broader focus on the “quality of education” in its new inspection framework.

But the research has come under fire. Last month, Ofsted rejected claims it favoured “knowledge-rich” schools popular with ministers after it was revealed only a small group of the 23 schools studied had a “skills-led” curriculum.

The inspectorate was also criticised after it emerged the schools had been chosen based on inspection reports, advice from its curriculum advisory group and news stories.

Ofsted said the study was qualitative research that was never intended to be a representative sample.

Muijs said the inspectorate would publish full methodologies for all its reports from now on.

When asked about the scrutiny, he said: “All public sector organisations should be open to scrutiny and open to questioning; as such I don’t think it’s unfair that we’re under that kind of spotlight.”

The organisation was also criticised last November for its presentation of Bold Beginnings, a report into how reading, writing and maths are taught to pupils in reception.

Muijs “fully stands behind what came out of the report”, but said lessons had been learned about presentation.

“We could have communicated that better than we did,” he said.

Muijs also wants to make research more accessible to classroom teachers. Many were excluded from  “positive developments” like ResearchEd and the government’s research school programme, and work by the Chartered College of Teaching, Teacher Development Trust and Education Endowment Foundation, because so much CPD was run outside school time.

“Ideally I would say that teachers should be given more time to engage in those kinds of activities and to take part in research as part of their professional development.

“I would like to see that built into teachers’ working life more systematically, because you shouldn’t be asking people to give up their weekends and evenings to do that in a job that is already pressurised in terms of workload.”