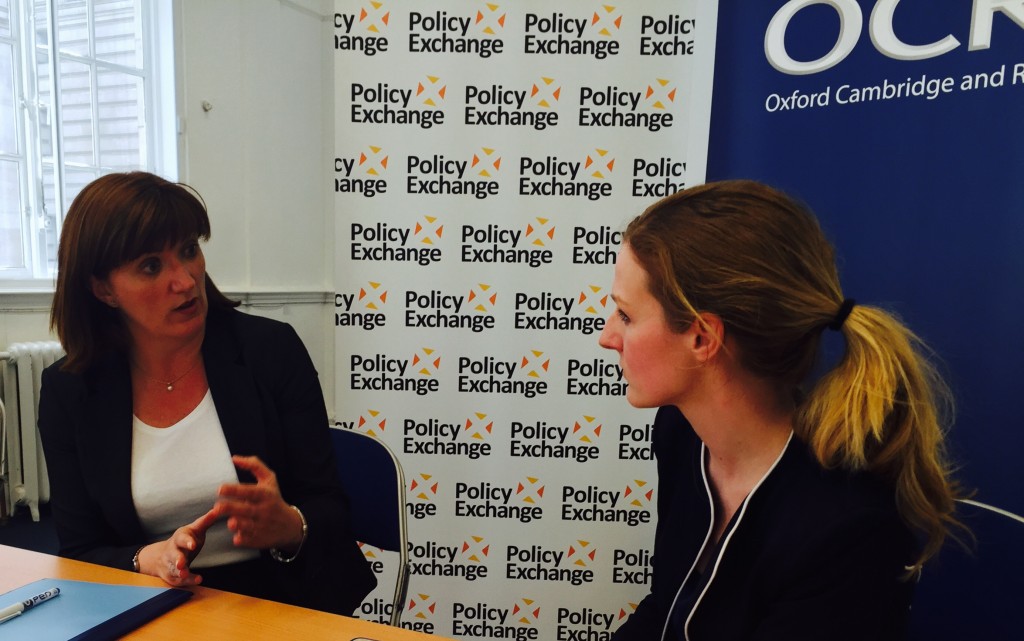 In the first ever Schools Week webinar, education secretary Nicky Morgan told us more about her future plans.

Anyone who ever took over a class or headship half-way through a school year will tell you that picking up where someone else unexpectedly left off is rubbish. Sanity is only maintained by dreaming of ways to finally establish yourself as the new leader.

Heads and teachers get that chance every September. Education secretary Nicky Morgan is experiencing her equivalent moment.

Elected with an increased majority, and her party now in full control, she can finally say what she wants to do and how she wants to do it. If, in time, she turns out to be wrong – then it will be fair to ask why, how, question her facts and idea.

For now, however, school leaders are anxious because they don’t know what to expect from the new government, or how to prepare. What they needed was detail, and Morgan delivered – giving clearer outlines of her plans and acknowledgement where she lacked them. (Among the usual “fantastic teacher” mentions and vows of wanting “to talk to the profession”).

But, what did we learn that was new?

1. ‘Coasting’ schools are not defined by their Ofsted grade.

Reports have said that schools will be labelled as ‘coasting’ and forced to become academies if they are given a ‘requires improvement’ grading. Morgan was unequivocal that it will not just be on Ofsted grade. Regional school commissioners will look at progress measures, ofsted judgements, school improvement plans and speak with “the leadership, headteachers and governors” before making decisions about whether an intervention is needed.

2. There will be an ACADEMY PRESUMPTION for failing schools.

The last education bill added in a presumption that any new schools will be an academy. Morgan said this will now extend to a presumption that any school rated as inadequate will become an academy. It was unclear if the presumption also extends to any school found wanting under the ‘coasting’ definition too. This is one to watch – very carefully – when the bill’s consultation takes places. It would be all too easy to make the presumption stretch right from inadequate through to ‘requires improvement’ and across to any school deemed to be ‘not doing well enough’.

3. The presumption will clear away the need for consultation (and other negotiations).

Morgan said that when a school is inadequate its conversion should happen in a “speedy kind of way”. Her planned education bill would strip out the need for consultations before decisions on takeover by an academy sponsor were made. She also mentioned reductions in the time it takes to complete legal agreements and funding negotiation.

4. The process of defining schools that are ‘coasting’ will be done in an “open way”.

Morgan said that the regional school commissioners would work with schools “in a very open way” when making decisions. I checked on this just in case she’d got it wrong: “This will be done in an OPEN way?” “Yes, absolutely”, she said.

5. Nick Gibb will be the minister in charge of teacher recruitment.

Figures are due out that apparently show this year’s teacher recruitment figures are not as bad as last year. Plans to overcome upcoming shortages include money to incentivise maths and physics teachers, talking up the profession positively, and getting teachers to mention teaching when discussing careers with pupils.

6. There is no real plan for special needs schools (or children with SEND in mainstream schools).

Morgan was honest and admitted this is an area where more plans could be made. She did seem genuinely interested in any ideas people had. Answers on a postcard would likely be gratefully received.

Although it wasn’t in the manifesto Morgan says she has already met with Ofqual and exam boards about saving Polish, Bengali and a number of other low take-up language A levels. She plans to stick to her commitment to save them.

In too short a time the half an hour was finished, and a final question about plans for assessment (particularly levels) lay unanswered.

After the recording was switched off Morgan was charismatic, interesting and interested, posed for a spot the difference mug, and spoke with genuine enthusiasm about wanting to engage more with people. If it’s all an act – it’s one she keeps up for an exhausting amount of time.

The proof of the final pudding will be in the text of the upcoming education bill, and in its implementation. For now, however, the school sector should take the opportunity to talk. Morgan says she is listening and it’s down to them to proactively explain what it needs.