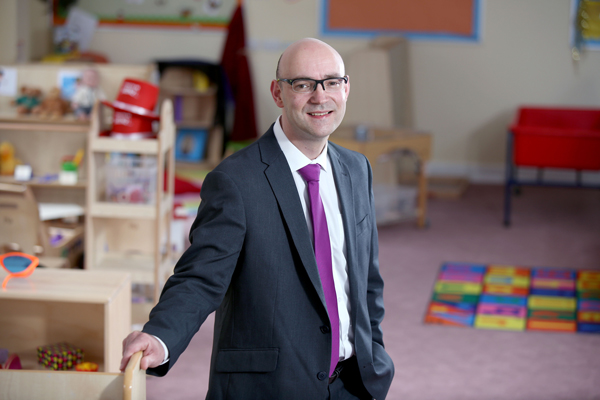 A project that aims to stop homophobic bullying taking root in primary school children has received a £10,000 boost.

Former primary school assistant headteacher and current course leader in primary education at the University of Huddersfield, Jonathan Glazzard (pictured), has been given the money as part of a National Teaching Fellowship project.

Describing the scheme as “education for social justice”, Dr Glazzard will try to learn more about how pupils acquire attitudes that later become entrenched as prejudices.

“A lot of it is to do with the association of gender roles and identities, and the singling out of children who don’t conform to gender stereotypes — such as boys who don’t want to play sport. It is an unconscious homophobia, but it develops later on,” he says.

One of his goals is to train students to visit schools and work with pupils on inclusion and diversity projects.

“It [homophobia] is a particularly challenging issue for schools, but it is not just about dealing with it in a preventative or reactive way.

He also highlights the “critical” importance of good primary education and teacher training.

“It is really important that primary teachers are of an exceptionally good standard because the bar has been raised.”

Dr Glazzard received the fellowship from the Higher Education Academy, which celebrates outstanding achievement in learning and teaching in higher education and is backed by the Government’s Higher Education Funding Council.

Each year, 55 awards of £10,000 are made to help recipients continue research and enhance their professional development.