New year 7 pupils are 22 months behind where they should be, an online assessment provider has said after testing the writing skills of over 112,000 children.

But it is not clear whether the fall in attainment is as a result of “disruption due to COVID-19 alone”.

No More Marking, a company that produces comparative judgment software, worked with 644 secondary schools in September to set a short writing assessment which was assessed by more than 8,000 teachers.

The assessment found that the average writing score of the cohort was 533, around the same score as was achieved in a similar assessment of year 5s last November, and “significantly lower” than the score achieved by the same cohort when they were last assessed.

It comes amid growing fears about the impact the coronavirus pandemic and partial school closures is having on the learning of pupils, particularly those at key points in their education.

However, because it doesn’t have historic data on attainment at the start of year 7, No More Marking said it was unable to say whether the fall in attainment found was typical or “as a result of disruption caused by Covid-19”.

“We would expect writing attainment to continue improving from primary education into secondary education, but the rate of improvement may well decline, and be impacted by a transfer to new schools and a new context,” the report said.

The research also found that the gap between girls’ and boys’ attainment had increased in favour of girls after “gradually closing across the primary year groups”. 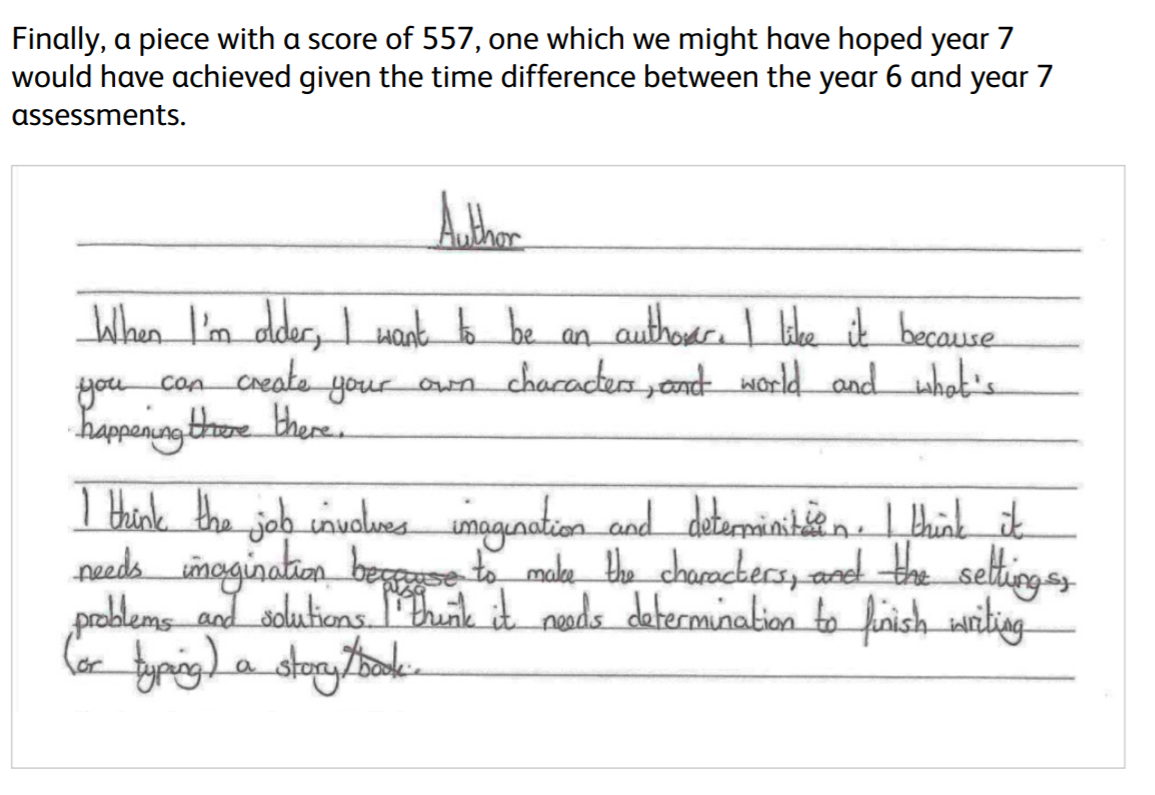 The gap between pupils eligible for pupil premium funding and those that are not also increased slightly to 15, from 13 in March.

However,  the results are provisional “as not all schools had submitted up-to-date pupil premium figures”.

Daisy Christodoulou, No More Marking’s director of education, said: “This research shows a large fall in the writing attainment of year 7 students, perhaps a bigger fall than we might have anticipated.

“Our future research will focus on how quickly students are able to make up these losses, and whether we see similar regression in the primary years.”

The company also said its research focused on writing attainment, whereas “many other standardised assessments focus on reading and maths”.

“It may well be that students show different patterns of progress and regression in different subjects,” the report said.