Just over 16 per cent of year 10 pupils were back in open secondary schools last Monday, well short of the 25 per cent limit imposed by the government.

Ministers asked secondary schools to begin face-to-face support for up to a quarter of year 10 and 12 pupils from June 15. 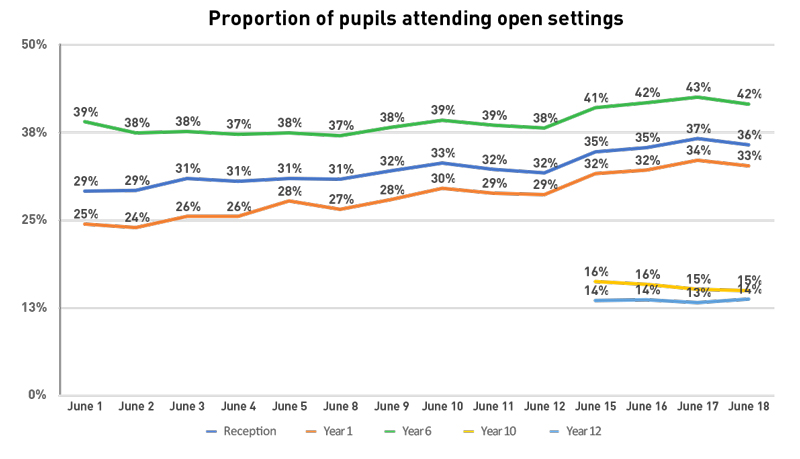 However, these figures represent open schools only. Once the figures are adjusted to take account of the whole pupil population, the government estimates that the total proportion of year 10 and 12 pupils attending school last week only reached peaks of 10.5 per cent and 9.5 per cent respectively.

Overall, the government said that just 60 per cent of settings that normally educate year 10 or 12 pupils were open to at least one of those year groups last Thursday.

However, this figure is well short of the 90 per cent of secondaries that were expected to open their doors, and may have been skewed by the inclusion of independent and all-through schools in the data. 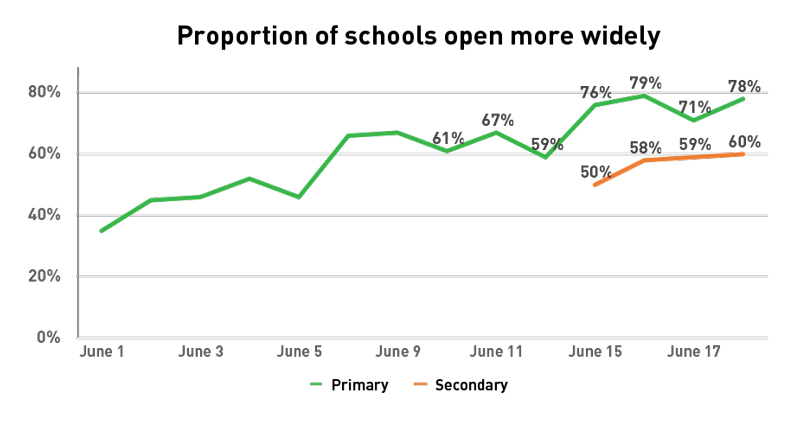 Ministers asked all secondary schools to begin face-to-face support for up to 25 per cent of year 10 and 12 pupils at a time from June 15, but many have reported problems with bringing back even a quarter of pupils because of difficulties in observing social distancing.

Other schools reported that parents were reluctant to send their children in.

Overall, the proportion of pupils attending school rose from 9.1 per cent on Thursday June 11 to 12.2 per cent by last Thursday, June 18.

However, some of this rise is down to the continuing increase in the proportion of pupils attending primary schools.

The data shows that the proportions of reception, year 1 and year 6 pupils attending open settings on June 18 were 35.8 per cent, 32.8 per cent and 41.6 per cent respectively.

According to the data, 78 per cent of primary schools had reopened to more pupils by June 18, up from 67 per cent on June 11.