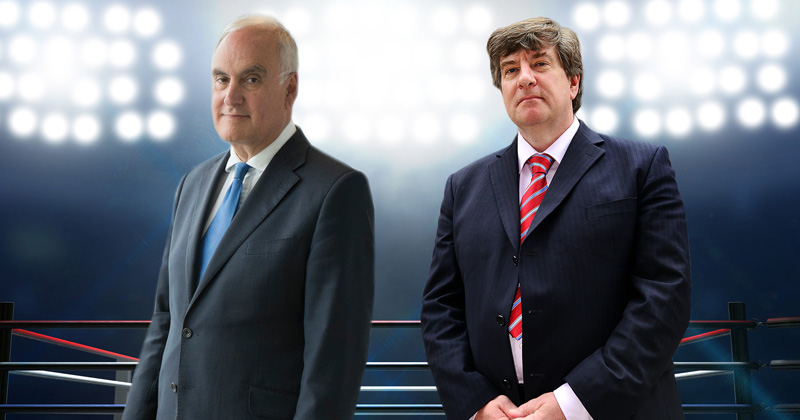 Two of education’s most prominent figures, Sir David Carter and Sir Michael Wilshaw, will appear side-by-side in front of MPs next week to face a grilling over multi-academy trusts.

The House of Commons education committee decided to call the national schools commissioner and chief inspector to appear together on Wednesday, in a move that could see tensions flare between the two men and the organisations they represent.

For Carter, comments from Wilshaw earlier this year that his regional commissioners were “faceless agents” of the government will have rubbed salt in existing wounds from when he served as RSC for the south west.

For Wilshaw, Carter’s eagerness for the regional commissioners to play a bigger role in school improvement has been taken as the equivalent of him trying to steal a march on Ofsted’s objectives.

The committee’s inquiry is focusing on the way multi-academy trusts operate in the “context of other intermediate structures operating between Whitehall and individual schools”, and will look at the balance of decision-making at school and chain level, and how the expansion of the system should be monitored and managed.

MPs will also examine the characteristics of high-performing trusts, and how their performance should be assessed.

The testimony from the two men is expected to raise questions about the conflicting views of the two organisations.

Last March, Schools Week revealed that Jenny Bexon-Smith, the commissioner for East Midlands and the Humber, had warned a struggling school for not forcing its teachers to use standardised lesson plans.

Her comments contradicted Ofsted guidance that states inspectors would not expect to see a standard lesson plan and led to concerns that RSCs were operating as a “shadow Ofsted”.

In November, Dominic Herrington, the commissioner for south London and the south east, was also criticised for his decision to write to an underperforming school and suggest it should show evidence it was grading its teaching, despite Ofsted having ditched the controversial practice of grading individual lessons in 2014.

It was during a hearing with the same committee of MPs in March that Wilshaw admitted that the relationships between regional commissioners and his organisation were “a bit tense”.

Writing for Schools Week today, committee chair Neil Carmichael says he is pleased that “two of the most influential people in education today” will appear together at the hearing, and refers to a clash between the two men after Wilshaw claimed in March that Ofsted could “provide parliament with a national picture of schools in a way Sir David’s team of RSCs cannot.