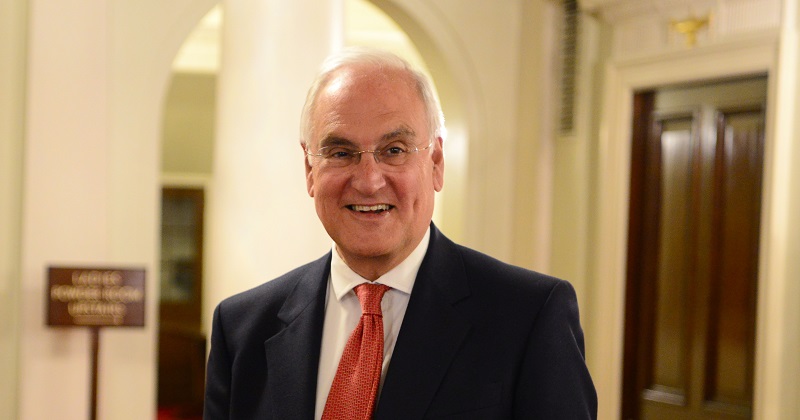 The collection of pupil nationality and country of birth data by schools is a “daft idea”, Sir Michael Wilshaw has said, indicating that he would have refused to carry out immigration checks on pupils when he was a headteacher.

The outgoing chief inspector of Ofsted gave his view on recent disclosures that Theresa May wanted teachers to carry out immigration checks and deprioritise immigrant pupils while she was home secretary, following his final speech as head of the watchdog this morning.

I think this is a daft idea

Asked by Schools Week about the leaked cabinet papers seen by the BBC, Wilshaw said his first reaction had been that “schools shouldn’t take the place of the borders agency”.

“Schools have got a job to do,” he said. “If somebody had asked me as a headteacher to check on whether somebody was an illegal immigrant, demand their passports from them, I would have said ‘I’ve got better things to do with my time thank you very much’.”

Although he would not comment on whether schools should be refusing to take part in collecting the data, Wilshaw was happy to share his views on the idea as a whole.

“I wouldn’t want anyone, least of all headteachers, to break the law. But I think this is a daft idea,” he said.

Critics of the new census collection requirements, which came into force this year, fear the data could be passed to the Home Office to be used as part of immigration controls.

The Department for Education has insisted there is an agreement in place with the Home Office to stop this information being shared – but the department has refused to release further details.

The government’s response to a freedom of information request for the document is now 13 working days overdue, and the case has been reported to the Information Commissioner’s Office.