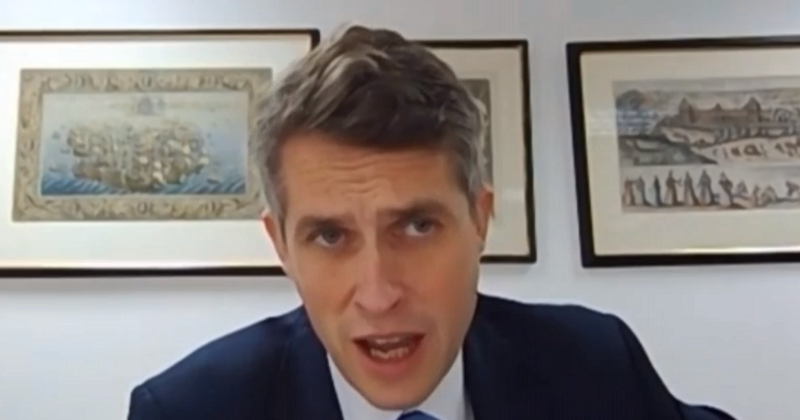 The education secretary faced questions about this year’s exams fiasco and the reopening of schools when he appeared in front of the Parliamentary education committee this morning.

Here’s what we learned from him.

The government is assessing whether public buildings may be needed to host exams next year.

Asked about the department’s work to prepare for next summer’s exams, Williamson said the DfE was planning “for the fact that there may need to be a different approach in terms of creating additional capacity within schools and wider use of public buildings for exam centres if that is required and needed in local communities”.

His comments suggest there will be a similar approach as is being prepared for this year’s autumn exam series, during which schools can opt to hire external spaces if they don’t have the capacity on site.

2. Exam timings will be confirmed in October

The timetable for exams in 2021 will be announced next month, Williamson said today.

Although Ofqual has already published its response to a consultation on the 2021 exam series, a decision on whether to delay exams, one of the key questions in the consultation, was delayed for further consideration.

Williamson told MPs today the idea of pushing exams back later in the summer was still under “active consideration and discussion”.

Pushed on when the timetable would be announced, Williamson said it would come “very shortly. Definitely the month of October.”

3. DfE knew of algorithm’s impact on poorer pupils in July

The government was given data on the impact of its algorithm for calculating grades on poorer pupils in July, a senior DfE official has said.

It was revealed on A-level results day that pupils from the lowest socio-economic background saw the biggest drop in calculated grades at C or above, although more detailed analysis subsequently published by Ofqual shows the same group actually saw a smaller reduction in the very top grades.

Michelle Dyson, director for qualifications, curriculum and extra-curricular at the Department for Education, told MPs this morning that the impact on pupils of different socio-economic backgrounds was known in July.

She explained the DfE would usually get “no information from Ofqual until the Tuesday evening before results come out on a Thursday”, but this year they “did get more information beforehand”.

“We did have some data right at the end of July to show us the degree of inflation in particular subject, e.g. music and German so we could think about the impact on universities.

“We did have the data that showed what had happened in England vis-a-vis the issue in Scotland, i.e. the degree to which they’d been downgrading by socioeconomic status. But apart from those two instances I don’t think we had any actual data before the A-level week itself.”

The education secretary met with the head of the government’s test and trace system this week to raise concerns about schools’ access to testing.

Williamson said he had met with Baroness Harding to pass on concerns raised by schools whose pupils and staff have struggled to get tested.

He also confirmed that schools have been able to order extra home testing kits from this morning. They were initially only allocated 10 each.

The government approved guidance issued and then quickly retracted by Ofqual about what would constitute a “valid mock grade”, Williamson has confirmed.

Guidance was issued by the regulator on Saturday August 15 following the decision earlier in the week to allow appeals on the basis of “valid mock grades”.

But the document was withdrawn just hours later, with Ofqual stating it was under review. The decision to allow centre-assessment grades to stand was announced just days later.

Williamson confirmed to MPs this morning that he had approved the guidance, but denied having told Ofqual to take it down, saying he had instead hoped the regulator could “revise” and “open the terms” of the guidance.