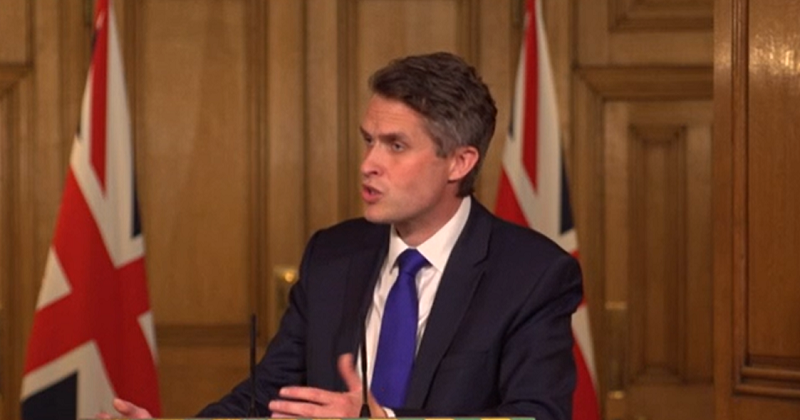 The government will look into expanding “bubbles” in schools to include whole classes so all pupils can return in September.

Gavin Williamson delivered today’s Downing Street press briefing, and fielded a number of questions about the government’s plans for the reopening of schools in the next academic year.

Boris Johnson, the prime minister, said earlier that he was “sure” all pupils would return full-time in September.

Under government instructions, schools reopening to some pupils in the past few weeks have created “bubbles” of no more than 15 pupils. The idea is that because those 15 pupils do not interact with those from other bubbles, it lowers the risk of transmission.

Presented with concerns from schools that even a reduction in the rules to one metre would still not allow schools to get all pupils back every day, Williamson said: “As you well know, we’ve been creating bubbles of children in the classroom, creating a protective environment for those children.

“Currently that is 15. What we would be looking at doing is expanding those bubbles to include the whole class. But the relaxation of social distancing is incredibly important, not just for schools but for the whole economy.”

Williamson also told the briefing that further guidance for schools on their wider reopening from September would be published within the next two weeks, and that he intends to work with the sector during that time.