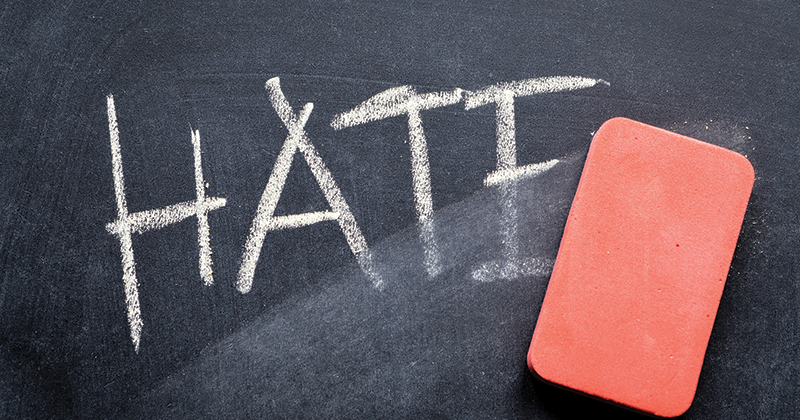 Jewish teachers just want to be represented and supported in the face of antisemitism, writes Madeleine Fresko-Brown, so why are the NEU finding that so difficult?

The actions of some NEU leaders over the past few weeks have reignited questions about its ability to represent its Jewish members. The 1996 Education Act mandates that schools provide “a balanced presentation of opposing views”. So why, faced with one of the most partisan issues, did the NEU encourage members to join “Free Palestine” rallies? Why were the NEU’s “understanding antisemitism” events organised by a staff member infamous for spraying “Free Gaza and Palestine” on the wall of the Warsaw Ghetto?

And when it could have been supporting Jewish members facing a rise in antisemitic incidents in schools, why did the NEU leadership instead put their energy into defending their stance against Jewish members who decided they’d had enough?

It hasn’t been an easy term to be a Jewish teacher. While support for the rights of Palestinians is not antisemitic, some who align themselves with this cause can be. The devastating flare-up in violence in the Middle East brought its own violence (mostly verbal, but occasionally physical) to UK streets. In May, a convoy of cars draped in Palestinian flags drove through Jewish areas of North London loudly inciting sexual violence against Jewish women and girls to “show support for Palestine”. At a Jewish school, the older brother of a non-Jewish student with a similarly adorned car shouted “we’re coming for you” to Jewish parents collecting their children.

Of course, the majority of people who support Palestinian rights vigorously distance themselves from hatred of this kind, but it provides some context for why Jewish students and staff members can feel uncomfortable when confronted with Palestinian flags at school. Moreover, when banners comparing Israel/Zionists/Jews (often used interchangeably) to Nazis are seen at a rally, it becomes hard to justify the attendance of an elected officer who claims to represent all members of his union.

Jewish members have long felt that the NEU has a clear pro-Palestine and anti-Israel bias. This seems to be prioritised over being pro-peace or pro-solution. According to its website, the NEU runs three international delegations: two to Palestine and one to Cuba. This prompts another question: is this a delegation to Gaza, or the occupied territories of the West Bank – sometimes referred to as Palestine – or does the NEU not recognise Israel as a country?

Although the total numbers have not been shared by the NEU, the Jewish Teachers’ Association has heard of scores of Jewish teachers leaving the NEU as they no longer feel represented in this union. These teachers work in both Jewish and non-Jewish schools. Many say they want a union that will represent them, protect their employment rights and provide legal representation, not take controversial political stances on foreign policy.

That’s not to say education doesn’t have a role to play. We may not be able to solve conflict in the Middle East from our classrooms, but there are practical steps we can take. Instead of speaking at one-sided rallies, we can champion organisations such as Solutions Not Sides and Stand Up Education, which are working hard to dispel myths and educate young people in a balanced way.

As leaders, we should strive to recognise nuance and complexity in political conflicts such as Israel-Palestine. “Free Palestine” means different things to different people. Jewish staff and students should never feel like they are being held accountable for the actions of the Israeli government. Unbiased support for people who find themselves on different sides of the argument can go a long way.

All that is within our grasp as teachers, and it is achievable for the NEU. So until they act differently, they will continue to leave many Jewish teachers with more questions than answers – and a clear motivation to find another union.