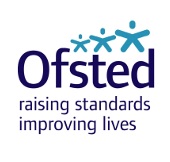 Headteachers who step up to takeover failing schools will have a two-and-a-half year breathing space from Ofsted in a government bid to attract the best leaders to the most challenging schools.

The White Paper today outlines a “rebalance of incentives in the accountability system” so the best leaders are encouraged to work in challenging schools and areas.

It has previously been highlighting that headteachers are put off from taking on challenging schools because it could be “potentially career-damaging”.

But the Ofsted breathing space, the paper states, will allow the “time and stability to put in sustainable improvement”.

Malcolm Trobe, acting general secretary of the Association of School and College Leaders, welcomed the move.

He said: “People who take over schools in challenging circumstances need some time in order to be able to make the necessary changes, and the fact that Ofsted will not be making immediate judgements on such schools will be so helpful.”

The White Paper also reveals that Ofsted will consult on removing the separate graded judgements on the quality of teaching.

Instead, inspectors would only comment on this through the other graded judgements.

The government said it wants to focus on outcomes, not methods, and will trust in teachers to deliver that.

The paper states: “Despite recent reforms and clarifications, such as Ofsted no longer judging the quality of individual lessons and confirming they do not have a preferred teaching style, some schools continue to tell us that they feel they are judged on whether or not they follow particular styles of teaching.”

It says that Ofsted’s judgements will be instead used in a “more sophisticated way”. “These judgements provide an important indicator of a school’s success for its pupils, valued by parents and the public, and we want to maintain this.

“But in the past we have relied on some elements of these judgements – particularly the outstanding judgement – as an indicator of aspects of schools’ effectiveness that aren’t the focus of a school inspection, which increased the stakes further.”

It adds other evidence will also be used to determine decisions including eligibility for becoming a system leader.