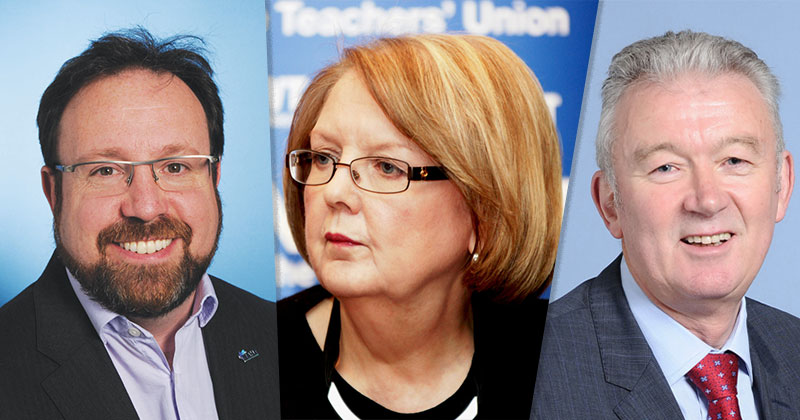 None has any plans to join the union or wants to discuss the matter, Schools Week has learned.

The news is a blow to the new union’s leaders who spoke during its launch of the need to expand its estimated 450,000-strong membership.

Kevin Courtney, the NUT’s general secretary, said last week that the NEU would seek talks with other education unions about possible future mergers.

However, leaders of the other organisations have all ruled out taking part.

The 320,000-member National Association of Schoolmasters and Union of Women Teachers sees itself in direct competition with the NUT – holding its conference at the same time and publicly disputing the NUT’s claims of being the largest teacher union.

We don’t have any plans to consider a merger

Leader Chris Keates has previously stated a preference for maintaining a variety of union voices and strongly ruled out entering any merger talks with the NEU.

Voice, which has about 19,500 members and a “no strike” rule, said it would never merge with another union that was not prepared to adopt its “core values”.

But general secretary Deborah Lawson has pledged to continue working with other unions on joint campaigns “such as funding, workload and accountability”.

England’s two main leadership unions – the Association of School and College Leaders (ASCL) and the National Association of Head Teachers (NAHT) – also look set to stay outside the NEU.

Malcolm Trobe, interim general secretary of ASCL, says the 18,000-member union doesn’t have any plans to consider a merger. Geoff Barton, who will take over from Trobe on April 18, previously told Schools Week the move was “definitely not on my agenda”.

Trobe added: “We don’t have any plans to consider a merger. Our association is very much geared towards representing senior leaders in schools and colleges and our members really value the distinctive voice and support that we are able to provide.”

Russell Hobby, the NAHT’s general secretary, will stand down later this year. It will be up to his successor and the union’s 41,000-strong membership to decide on its future direction.

For the moment, however, Hobby said his organisation had “no plans to seek to join the NEU”.

“NAHT is a strong voice for school leaders, and we will continue to speak up for our members and for the children they work with.”