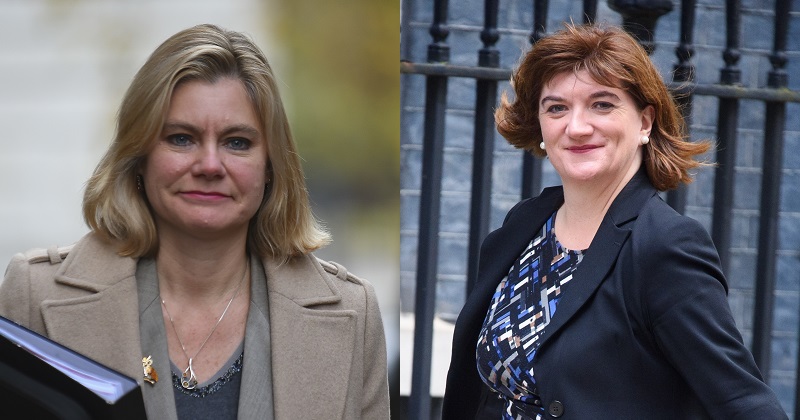 Justine Greening, who served from 2016 to early 2018, announced in September that she would not run again for her Putney seat at the next election.

And last night Nicky Morgan, Greening’s predecessor at the Department for Education, announced she too will stand down, blaming the abuse MPs receive in the course of their work as one of her reasons.

Her resignation is on very different terms to that of Greening, who cited her disillusionment with the Conservative Party when she announced her plans to quit.

She has since had the Conservative whip withdrawn after voting to support efforts to stop the UK crashing out of the EU without a deal.

Despite her early opposition to Brexit, Morgan more recently became a committed member of Boris Johnson’s cabinet. In resigning, she took a swipe at those MPs who sought to frustrate the purpose of leaving.

In a letter to her local Conservative association in Loughborough, where she has been an MP since 2010, Morgan raised the “clear impact on my family and the other sacrifices involved in, and the abuse for, doing the job of a modern MP”.

The culture secretary said these “can only be justified if, ultimately, Parliament does what it is supposed to do – represent those we serve in all areas of policy, respect votes cast by the electorate and make decisions in the overall national interest”.

Morgan went on to thank David Cameron and Boris Johnson for including her in their cabinets, and said it had been an “enormous privilege” to serve on the front bench.

“I look forward to supporting the Prime Minister and my successor in our forthcoming campaign and beyond.”

Morgan took over at the DfE in 2014 following the four-year tenure of Michael Gove, and continued to champion his reforms.

She introduced the education and adoption act 2016, which strengthened the government’s powers to convert schools to academies. The legislation requires education secretaries to issue academy orders to failing schools, and puts a duty on governors to facilitate conversions once an order is made.

She was shuffled out of the cabinet by Theresa May in 2016 and spent three years on the backbenches before returning earlier this year.

Justine Greening’s main interest was in social mobility, and was therefore uncomfortable in her support for Theresa May’s plans to lift the ban on new grammar schools.

She introduced new social mobility opportunity areas, and launched a social mobility action plan just weeks before she resigned, parts of which were taken forward by her successor Damian Hinds. She also passed the first stages of legislation to make relationships and sex education compulsory in all schools.

Unusually, Greening was also liked by unions. Upon her departure, Geoff Barton, general secretary of ASCL, praised her “absolute commitment” to social mobility and “ambitious agenda” on flexible working.