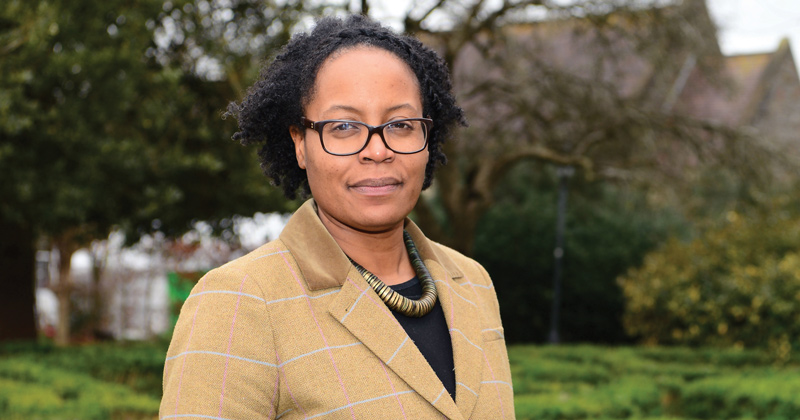 A headteacher from the BBC series School says she’s glad nothing was “glossed over” and credited the programme with having “galvanised” the school community.

Angela Browne is head of the Castle School in south Gloucestershire, one of three secondaries run by the Castle School Education Trust and filmed for the BBC show over a year of falling funding, over-stretched teachers and Ofsted visits.

Speaking to Schools Week at the Diverse Educators event in Oxfordshire on January 12, Browne said she found parts of the documentary “obviously quite difficult to watch”, but had wanted to “give a voice to what was happening in schools at this time”.

The thing mentioned most is how brave we were, how courageous we were or how honest we were

“The thing mentioned most is how brave we were, how courageous we were or how honest we were,” she said. “As though there would be something to gain from not being honest or being brave or courageous about what happens in schools.

“I’m glad that it wasn’t glossed over and things weren’t hidden.”

Browne said her school’s small parent-teacher association, which had “petered out over time”, was reformed into the “Friends of Castle School” after the series was aired in November, leading to “masses of fundraising” and a DIY event in which volunteers helped to paint, decorate and tidy. The group had raised more than £2,000 in the past few weeks alone.

“It’s just galvanised people massively,” she said. “What has emerged is this real sense of pride and sense of community; a real sense that we’re all on the same side.”

The trust, which also runs four primary schools in Gloucestershire and has 5,000 pupils on its roll, warned in its 2016-17 accounts that it would “not be feasible” to rely on reserves to balance its in-year budgets beyond 2018, and that “further cost reductions will be necessary to achieve a sustainable budget position”.

Last year, the trust made £1.8 million cuts across its seven schools, including cutting teacher pay and postponing building repairs.

But Browne believes that the sector needs more than money to improve.

“Once that’s articulated, we can say ‘let’s cut our cloth accordingly, let’s get behind that’, and we will have to say what we can or can’t do. At the moment we’re trying to do all of it, and I don’t think that’s do-able.”