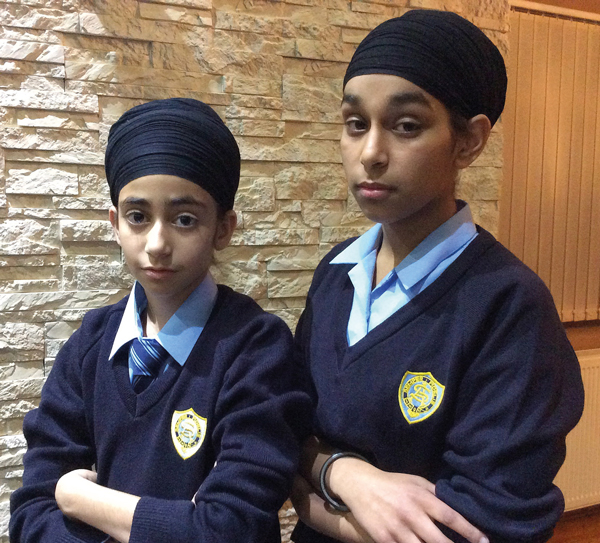 A Catholic school teacher who forced two Sikh children to remove their turbans made a “serious error” during a “wholly regrettable” incident, education secretary Nicky Morgan has said in a letter to the Sikh Federation.

Ms Morgan wrote to the federation in response to concerns raised about the incident at St Anne’s Catholic School in Southampton, which recently apologised for what it described as a “misunderstanding”.

The parents of Prasimran Kaur, 11, and Simranjot Kaur, 13, who are not related, temporarily removed their daughters from St Anne’s on the first day of this term after they were both told to remove their religious headwear by a teacher who also reportedly tried to forcibly remove the turban from the older girl. Both girls have now returned to school.

Ms Morgan insisted that schools were prohibited from discriminating on grounds of race, sex or other “protected characteristics” under the 2010 equality act. This applies to uniforms and other policies.

She said the teacher in question had made a “serious error” in attempting to remove the pupil’s turban, adding that her department expected schools to “take responsibility for putting in place processes to handle complaints from parents and others”.

Her letter follows an apology from St Anne’s headteacher Lyn Bourne for “any offence caused”. She said: “The situation that occurred was a misunderstanding and I can confirm that both girls involved now have permission to wear a turban to school. These should be plain navy blue or black until we are able to identify an appropriate supplier. St Anne’s is an inclusive school community that respects all faiths. We are united by our shared values and do not allow ourselves to be divided by our differences.”

In the Sikh Federation’s original letter to Ms Morgan and the Department for Education, published on the Sikh Siyasat News website, chair Bhai Amrik Singh said the organisation was considering legal action, and called for the teacher responsible to be suspended pending an investigation. It also demanded an internal grievance hearing.

“This was an appalling incident given Sikhs successfully fought for the right for Sikh children to wear the turban over 30 years ago in the landmark Mandla v Lee case in the House of Lords in 1983.”

Mr Singh added that despite the school’s apology, it was “totally unacceptable and highly offensive that a teacher not only physically touched the turban, but also started unravelling it, leaving the girl distressed and in tears”.

Lawyers have advised the group that this may be a case of racial and religious discrimination.

In her letter, Ms Morgan says: “The department expects schools to take responsibility for and [sic] putting in place processes to handle complaints from parents and others.”

Parents were advised to deal directly with the school for assurance that lessons have been learned.

A spokesperson for the Catholic Education Service – which writes in its school guidance of its expectation that “respect for other faiths should be a mutual obligation” – said all Catholic schools should follow government guidance as well as its own.

He added: “As the Secretary of State acknowledged in her letter, the error in this instance was a misunderstanding. The school subsequently apologised and reiterated that turbans are an accepted part of their school uniform policy.”

The school is a standalone academy run by the St Anne’s Catholic School Trust.