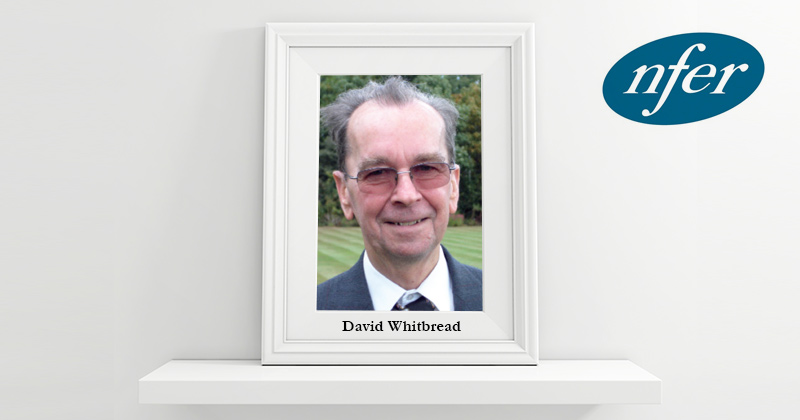 David Whitbread, the vice-president of the National Foundation for Education Research, has died at the age of 81.

NFER staff have paid tribute to the “insightful and modest” former council education officer, who was the Local Government Association’s first ever head of education. The organisation is also asking others who knew Whitbread to share their memories of him online.

After graduating with an MA in Russian and German from Selwyn College, Cambridge, Whitbread began a “distinguished career” in education as a language teacher. He later worked for the Ministry of Defence as an interpreter and as a language training officer at the Institute of Army Education.

He always gave calm, well considered and invariably helpful advice. He was a delight to work with

Whitbread then served as an education officer in Norfolk and then in Hertfordshire, before becoming undersecretary for education at the Association of County Councils. He then served as the Local Government Association’s inaugural head of education when the organisation was formed by the merger of the ACC and other groups in 1997.

Following his retirement in 1998, he maintained his “interest and enthusiasm” for education. A long-time supporter of the NFER’s work as vice chair of the research organisation’s board of trustees, Whitbread was named as its vice-president in 2012, serving in that role until his death.

“David was a person of huge integrity who made an enormous contribution to NFER and to the whole education service,” said the body’s former chair of trustees, Richard Bunker.

“At the Association of County Councils and then as head of education at the Local Government Association, he was always enormously helpful to chief education officers in Local Education Authorities. Nothing was too much trouble and he always gave calm, well considered and invariably helpful advice. He was a delight to work with.”

According to Carole Willis, the NFER’s chief executive, Whitbread “played a central role on the board for a number of years”.

“He was an insightful and modest man, with a great deal of very valuable experience from which we all benefited. I know he will be greatly missed by his family and friends,” she said.

Lorna Cocking, the organisation’s current chair of trustees, said Whitbread would be remembered “with immense gratitude and fondness”.

Anyone who wants to share their memories are encouraged to do so via the comments section on the NFER’s tribute page here.