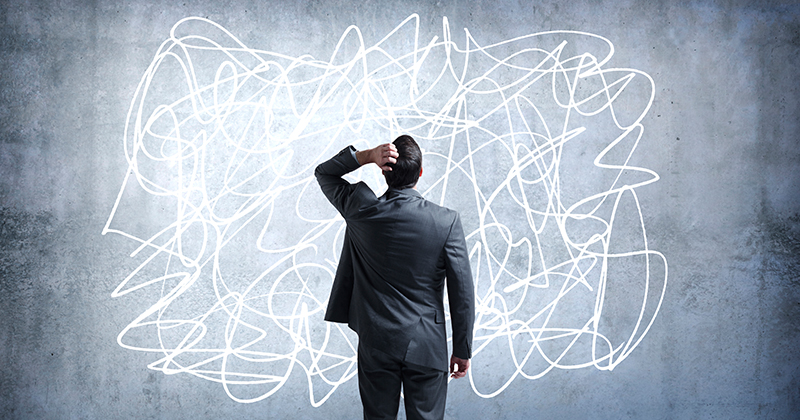 “What we need in the debate are some specific, defined alternatives”

Political schemes and partial solutions are how our qualification system got into this mess – it’s time for something radically different, writes Tom Sherrington

This summer’s exam grade fiasco has directed a harsh spotlight on our current system for recognising and measuring young people’s achievements.  It’s not pretty.  We place extraordinary weight on a set of content-heavy examined qualifications and, as more people now seem to recognise, our ideas about standards and success are bound up with a nationally standardised grading system which cannot allow everyone to succeed.

We’ve moved ever closer to a universal leaving age at 18, so the need for a massive assessment machinery at 16 in the form of GCSEs seems increasingly unnecessary. With the widely acknowledged excessive content in the new 1-9 system at KS4, GCSE exams get in the way of what could be a more holistic, coherent model.

Post-16, the qualifications framework is fragmented and chaotic. Three A levels represent a peculiarly narrow curriculum diet and, elsewhere, the range of technical and vocational qualifications routes is highly complex even for those running FE colleges. At all stages the stakes for each exam are very high. Surely we can do better than this?

Unlike the misnamed Ebacc or WelshBacc, a true ‘bacc’ offers a lot of possibilities

Too often people lobbying for change throw out calls to ‘scrap GCSEs’ or ‘return to teacher assessment’ – as if these ideas speak for themselves. In fact, they often feel so under-developed they reinforce the status quo still further as people cling to what they know, sceptical that nebulous promises of ‘transformation’ will amount to anything.

What we need in the debate are some specific, defined alternative models for our qualifications and curriculum framework that are open for discussion in detail. This is where the idea of a National Baccalaureate for England comes in.

Unlike the misnamed Ebacc or WelshBacc, a true ‘bacc’ offers a lot of possibilities:

A baccalaureate is ultimately completed as a whole; the elements within it can be graded or simply completed but the whole is greater than the sum of its parts. A transcript can capture details of what students have studied and could be designed to produce an overall score.

People often ask why we don’t just adopt the International Baccalaureate.  As excellent as it is, the IB programmes just aren’t flexible enough to encompass the full range of learning pathways we currently offer from strongly academic to strongly vocational.  Alternatively, people suggest we should dust off the 2004 Tomlinson report and implement the diploma it recommended. However, as Professor Ken Spours, a fellow trustee of the National Baccalaureate Trust, is always at pains to stress, we must learn from the mistakes of the past.  The Tomlinson diploma was rather too prescriptive and insufficient groundwork was done to gain support for replacing ‘gold standard’ A levels.  It didn’t seem like a better system to enough people and the moment was lost.

However, from the core ideas in the Tomlinson and IB Diplomas, we definitely have the basis for building an excellent National Baccalaureate for England.  The National Baccalaureate Trust, formed in 2015, has been exploring a range of ideas and is set to increase its activity this year. We’re planning webinar events across the year, looking to support other organisations pursuing the same reform agenda.

Next month we’ll be publishing some core principles and inviting partners to join us in generating and sharing specific proposals (such as my own, here). It will need a sustained consultation process, but if system leaders and one or more political party picks up the baton, a National Baccalaureate is a serious option and that’s exciting.

Better still, it’s an agenda that’s being led from the ground up rather than by political ambition. And if the pandemic has increased people’s appetite for change, then this is surely the kind of change our system needs.