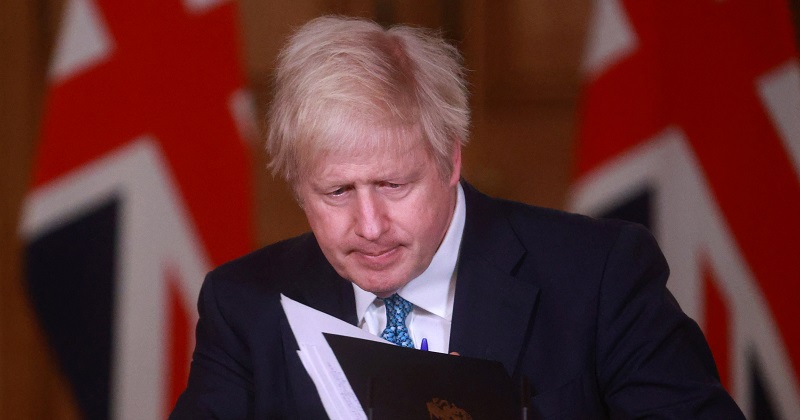 The government was forced to partially close schools across England because its tier 4 restrictions did not suppress the virus enough, the prime minister has admitted.

Boris Johnson told today’s Downing Street press briefing that in the days leading up to Sunday, the government was “hoping that we would start to see some impact and that we would be able to keep schools open”.

The PM has come under-fire for waiting until last night to announce further partial closures, less than 48 hours after insisting schools were safe and urging primary parents in most areas to send their children in on Monday.

Pressed on the rapid U-turn at today’s briefing, Johnson admitted the government had been looking “very hard” at the new Covid variant that has ripped through parts of the country since December 18.

“It’s been clear that the tier 4 measures were something that we wanted to evaluate and over the course of the days leading up to the Sunday, clearly like everybody else in the country we were hoping that we would start to see some impact and that we would be able to keep schools open,” Johnson said.

However, he added that the government had to “contend” not just with a decision by the four chief medical officers of the UK nations to move to alert level five – meaning there is a risk the NHS will be overwhelmed – and rising infection rates.

“It was clear that we’d got to a situation where tier 4 on its own couldn’t be relied upon to get the virus under control and that’s without really going the whole way and asking people to stay at home and sadly to close schools as well, and that’s why we took the step that we did.

Johnson also declined to give a guarantee that all pupils would be back in classrooms before the summer holidays, though he did say he was “optimistic” about vaccines.

“We think that with the vaccination programme we can do a huge amount to take out of the path of the virus those who are most vulnerable,” he said.

“That clearly offers opportunities to our country to do things differently, to approach the whole issue of non-pharmaceutical interventions very differently. So I’m full of the same optimism and fundamental hope about the position that I think Chris (Whitty, the chief medical officer) has adopted in that I think that things really will be different by the spring.”

During the briefing, Whitty was asked why teachers and pupils were not on the priority list for vaccinations.

He said it was important to follow the current priority order list put together by the Joint Committee on Vaccination and Immunisation, which does not currently include teachers as a priority group, though he did say that some teachers would be on the list because of their age or underlying health conditions.

“That still leaves slightly more than half of the population, and there will have to be some decisions made about that in due course, but we are some way from that, and I think the key thing is prioritising those who are most likely to come to clinical harm.”

Whitty also said that neither vaccine was currently licenced for use on children “so we would not be going down that path at this stage, but that may obviously change over time”.