Following the most important announcement of Damian Hinds’s political career to date, Schools Week accompanied the education secretary on a school visit in Kent to hear more about his lauded recruitment and retention strategy.

A wide-ranging plan to tackle the growing crisis in teacher recruitment and retention will have a “long-lasting” impact, the education secretary has said.

Heralded as a major breakthrough for collaboration between the government and schools community, the new teacher recruitment and retention strategy was launched by Damian Hinds earlier this week.

Included in the strategy are plans for an early career framework – described by one leading headteacher as the “jewel in the crown” of the long-awaited document – which will fund schools to provide an extra year of induction for new teachers, including a 5 per cent off-timetable requirement.

Speaking exclusively to Schools Week, Hinds said he expected the core of the strategy to be “very long-lasting”, despite the current political instability.

The plans – billed as the “biggest teaching reform in a generation” – have been backed by leadership unions and professional organisations, but Labour warned they would do nothing to reverse the impact of years of pay cuts and school budget stagnation.

However, the government has confirmed that it has no way of forcing the nation’s 8,000 academies – a third of all schools – to implement the second year of induction.

The strategy comes at a time of crisis for the schools community. Official figures published last year show that teachers now leave the profession at the same rate as they enter it.

The proposals represent the first major piece of policy work by Hinds and his team. The education secretary has been in post for just over a year, and has been broadly praised for his collaborative approach to the strategy. 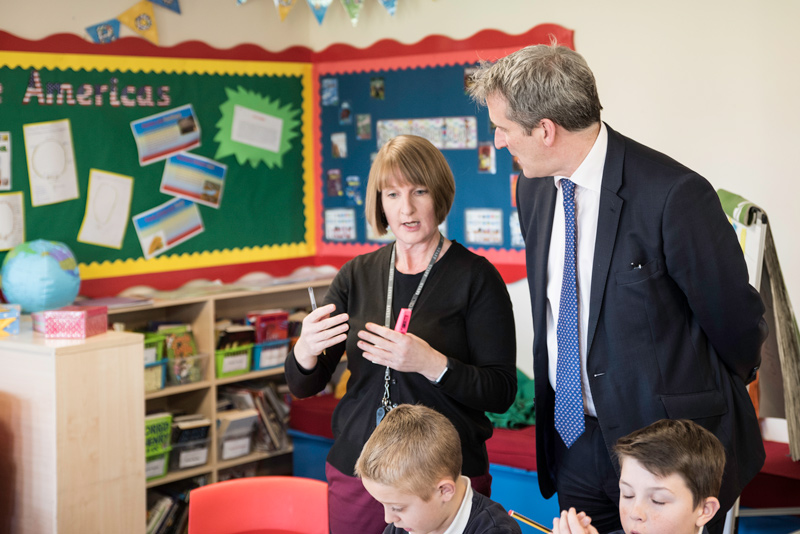 During a visit to a primary school in Kent on Thursday, he insisted the important document was not simply his legacy.

“Whatever happens to and with me, this will be the legacy of a lot of people,” he said.

“One of the reasons that this has been welcomed . . . is because it has been a collaborative effort – lots of people have been involved inputting, sense-checking and shaping what’s going to happen. That’s a very valuable thing.

“I’m very grateful to everybody, and that goes for individual school heads, academics, trade unions, people in the Department for Education. It’s a group effort.”

The DfE said roughly 50,000 first and second year teachers at any one time would be getting structured support. If half of these are second years, that means the £130 million yearly funding equates to roughly £5,200 per teacher.

Although it will be statutory, academies, which are autonomous from government, can’t be forced to introduce it.

However the DfE expects the “vast majority” to sign up, as not doing so would put their staff at a disadvantage.

“This is going to be our standard way of working, the standard way into the profession,” Hinds said. “The intention is: this is the way in.”

However, the education secretary accepted the system would never reach a point where no teacher left the profession early.

“You’ll never get that zero or close to zero because it is in the nature of different walks of life, and particularly one that’s as unique as teaching, that some people are going to discover that it’s not right for them.

“But I want to make sure we have the best chance of it being right for them, and a big part of that is making sure there is that early-career CPD, but that extra time and the off-timetable aspect is also very important.”

The strategy has the backing of most education unions and a number of high-profile professional associations. Even the National Education Union, normally one of the government’s fiercest critics, called it a “serious, structured attempt” to address recruitment and retention. 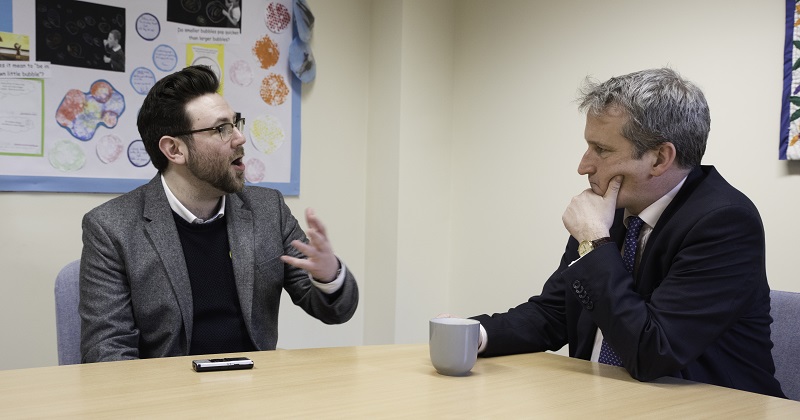 Stephen Tierney, who chairs the Headteachers’ Roundtable, said the framework was the “jewel in the crown” of the strategy, but said the real test would be how it was implemented.

“The implementation is critical – how do we ensure that? If it’s done right, it could be that turning point from high accountability, low trust model of school improvement to a high trust, professional development one.

“But without doubt it is one of the best documents I’ve seen come out.”

Hinds said he expected the strategy to make a lasting impact on teacher recruitment and retention.

“There’s a lot of consensus behind this approach. I don’t think it’s particularly an issue of political disagreement, and why would it be?

“All the teachers and school leaders I’ve spoken to about this at various stages in its development have been positive and committed to it. There’s absolutely the will to continue to see this through. “Of course things evolve. I’m not saying ‘no change’; every strategy is there to be built on, but I would absolutely expect the core of this to be very long-lasting.”

He also defended the focus on early career teachers, which was to address “a particular issue around the first five years”.

“But we did announce something previously on sabbaticals, which I’d like to see more take-up of, and we need to make sure that we develop that programme in a way that is attractive.”

“I want to retain experienced, good teachers at all stages of their careers.”

Angela Rayner, the shadow education secretary, warned “nothing in this strategy will reverse years of real-terms pay cuts and the huge cuts to school budgets that have made it impossible for schools to recruit the staff they need”.