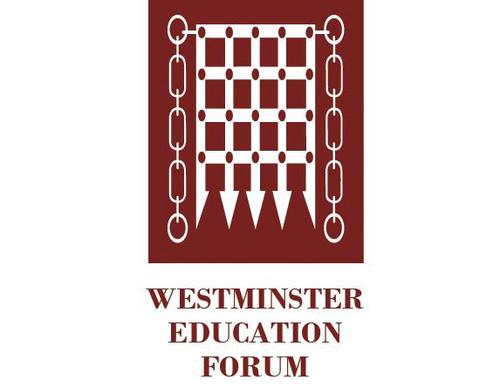 Some of the most powerful figures in education got together in the same room today to debate the future of the school system. Here’s what they said.

1. This is officially the Golden Era for school founders

Ian McVicar, policy advisor at the Department for Education (DfE), kicked off the debate by describing the next five years as the “golden era for those looking to open new schools”.

For good measure, regional schools commissioner Dr Tim Coulson later told the audience we may look back on this time as the golden era for school founders.

2. The DfE has now decided it wants to involve local authorities in its free schools programme

Mela Watts, director of the Free Schools Group at the DfE, said: “We have not worked closely with local authorities within this programme. But it is our ambition [to do so] for the next five years.”

Further information wasn’t forthcoming, apart from that the department is “really keen to work hand in glove” with LAs, whatever that means. Here’s some context:

Local authorities to play "bigger role" in free schools in future
(Subtext: because without them we can't build 500) https://t.co/4LBLFJOuZH

3. Heads aren’t the only ones feeling the effects of the recruitment struggle

Inevitably onto teacher recruitment. @TimCoulsonRSC says it's the first thing schools in his region talk to him about #wedfevents

4. Even the head of a free school founded on the principles for ‘EBacc for all’ says schools will struggle to meet the government’s 90 per cent target

5. At least one headteacher is not happy about teacher pay deregulation

Dr Robin Bevan, headteacher of Southend High School for Boys, said: “All schools are having to decide their own pay scale in an area where there is no correlation between pay grade and quality of work.”

Just to make sure the message was clear, he added:

Dr Robin Bevan: (answering a question from the teacher review board) the deregulation of teachers' pay is a bloody mess. #wedfevents

6. Running an academy chain in England was compared as being “similar to working in Russia”

Hugh Greenway, chief exec Elliot Foundation, compares the complications of rules + regs for academies as similar to when he worked in Russia

7. You don’t need to worry about new grammar schools (sorry, satellite expansions) coming to a spare bit of land near you

Barry Sindall, chief executive of the Grammar School Heads’ Association, said: “Satellite schools setting up all over the country would raise concerns of the balance of provision.

“But I think it’s going to be very much a minimal issue, I don’t see the appetite from grammar schools. They see a greater return from providing support to other schools in their communities in multi-academy trusts.”

8. Is it time to move the education debate on from structures?

John Fowler,Local Gov Information Unit, says education debate since 1980s has been on structure. Teachers want it on curriculum #wedfevents

A hard-done by local authority worker from Bromley in today’s audience stood up to explain her region seemed on a mission to go all-out academy – comparing academy chief executives as “despotic”.

Panellist Alan Yellup, chief executive of the Wakefield City Academy Trust, (quietly sitting in the audience at the time) used the reference in his opening gambit to deny all such charges.

He later explained his trust was set up with a sense of “moral purpose” and did not take financial incentives or empire building into consideration.

We will let you make your own mind up as to who’s right.