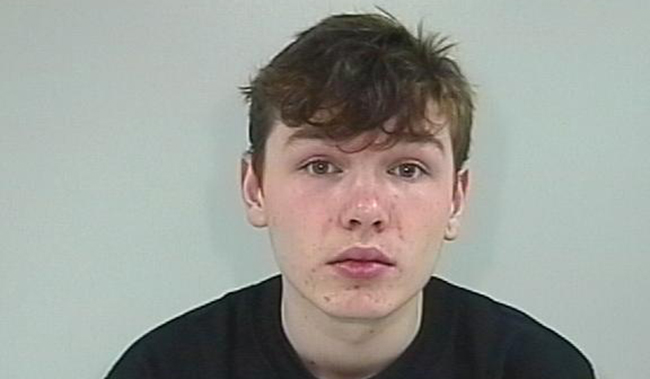 A 16-year-old boy has been jailed for life today for the murder of his teacher Ann Maguire.

Will Cornick (pictured), who was 15 at the time, stabbed his Spanish teacher in a lesson at Corpus Christi Catholic College in Leeds.

A judge at Leeds Crown Court lifted an order preventing the naming of Cornick after he sentenced the teenager to a minimum of 20 years in jail.

Cornick admitted murdering Mrs Maguire, 61, on the first day of his trial. He killed her on April 28 during a Spanish lesson.

Speaking after the sentencing, Leeds District Commander Chief Superintendent Paul Money said it was a “shocking and unprecedented incident”.

It was the first killing of a teacher in a classroom since the 1996 Dunblane massacre. Headteacher Philip Lawrence was stabbed to death outside St George’s Catholic School in London in 1995.

DCS Money said this was an isolated incident in the city and said there were Safer Schools Officers in Leeds schools.

“We welcome the conviction of the person responsible who planned and then carried out this cold blooded, brutal and cowardly attack. His motive was seemingly an inexplicable hatred for Ann, who was simply carrying out her public duty – a duty she considered to be more of a vocation than a job.

“There was no absolutely no justification for this hatred. He came from a good home, with decent and responsible parents, who are, in their own way, victims of his terrible act.

“From the outset the police worked closely with the headteacher and his staff and with our local authority partners. We undertook a diligent and professional investigation, aimed primarily at bringing the offender to justice and delivering the right outcome for Ann’s family and loved ones. We also sought to minimise disruption to the school and allow it to play a key role in continuing to be a focal point through which support to the wider community, which was so critical, could be delivered.

“The welfare of those directly involved in the incident was of paramount importance, especially the children. We used specialist trained officers experienced in safeguarding to interview them in an effort to minimise any effects witnessing this incident would likely have on them.

“Nevertheless, Ann’s death in such sudden and tragic circumstances has left her family devastated and had a traumatic impact on them and all at the school.

“This is a school that has very strong links with the surrounding community which was also deeply affected by Ann’s death as evidenced by the outpouring of grief we saw in the days after the incident and more recently at the packed civic memorial service held at the Town Hall.

“The extreme circumstances of the incident understandably attracted a large amount of public and media interest which put a significant focus on the school, the local community of Halton Moor and our city. It also brought attention to the issue of safety in schools at a local and national level.

“In no way do I seek to lessen the appalling nature of the circumstances surrounding this incident but it is accurate to say that, thankfully, this is an isolated occurrence and should not be seen as an indicator of any wider serious violent crime issues within Corpus Christi College or any other schools in Leeds.

“At least in part, this is due to the police in Leeds deploying ‘Safer Schools Officers’ working within the vast majority of high schools in the city – these officers all having well established relationships with pupils working with teachers and staff in our schools.

“Unfortunately none of us can do anything to bring Ann back and it can seem like very little good could ever emerge from an incident like this.

“But I would just like to draw attention to the manner in which Ann’s family, pupils and staff at the school and the wider community have responded to what happened.

“They all deserve huge credit. I would also like to put on record my thanks for the very brave actions of a number of teaching staff in the initial aftermath of this incident comforting Ann and keeping her safe from more harm.”